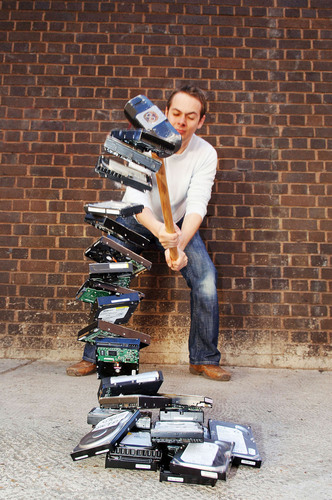 DSS brings unparalleled levels of reliability to the hosting market by effectively eliminating the single biggest cause of individual server failure – a defective hard disk – and means that organisations can be confident that business-critical data will always be available.

Ultraspeed’s DSS servers ‘boot’ from the SAN via gigabit Ethernet connections. All data is continually replicated across the SAN, and should an individual SAN hard disk fail, it is swapped out and the replacement is automatically populated with data without the customer being affected. This approach is in stark contrast to traditional server environments in which hard disk failure can result in the server being ‘knocked out’ completely whilst the disk is replaced and re-populated with data from the last backup.

In addition to the DSS’s inherent backup and recovery systems, the platform provides significant additional benefits to an online community increasingly reliant on data integrity and speed of access. Customer servers are automatically “snapshotted” (a record is created of all data and configurations) on a daily basis by the DSS, to enabling a fast rollback to that particular time-point should the need arise.

The DSS platform can perform 100,000 disk operations per second, whilst the average fibre channel local disk based server manages up to 270, and though the DSS was primarily designed to remove failure points and to ensure the integrity and availability of customer data, an added advantage is a significant increase in response times reported by Ultraspeed’s customers. Furthermore storage upgrades are available simply by changing customer allocations within the SAN and the platform provides approximately 10% power savings over a traditional implementation.

Lloyd Nicholson-Taylor at 2View Group explains the drivers and benefits for selecting Ultraspeed’s new DSS service: “With a growing web farm serving 1.4 million Viewlondon.co.uk users every month we wanted a solution that delivers reliability, redundancy and speed of access. Ultraspeed’s DSS provides all three and allows us to scale the web farm very quickly to cope with increasing user numbers.”

Jonathan Midgley, CTO at Primrose Mortgage Processing added: “As an online brokerage, speed and reliability are critical and Ultraspeed’s DSS provides exactly that. The extremely quick processing speed of DSS means we can turn around quotes for customers quicker than our competitors and we are satisfied that Ultraspeed has implemented a technology step change in offering the most reliable hosted server package on the market today.”

Michael Shanks, Technical Director at Ultraspeed comments: “DSS was born out of personal frustration with hard disk failure and lengthy backup restoration procedures. It didn’t seem right that our clients, and their customers, should be at the mercy of one failed component that bring their business grinding to a halt. By removing the single biggest causes of failure in traditional server environments Ultraspeed is bringing new levels of reliability to the market.”

Jordan Gross, Commercial Director concludes: “As a company we feel customers are entitled to expect the very highest levels of reliability possible. DSS is a genuine ‘world first’ and will give our customers peace of mind that their data is in the safest hands possible.”

Ultraspeed is a dedicated hosting solutions provider based in Shoreditch, London. From its launch in 1998 Ultraspeed has grown organically, primarily through recommendation, to become one of the most established companies in the sector. Whilst Ultraspeed serves businesses and organisations of all sizes, the company is focussed on those customers for whom reliability and immediate recovery are vital. It runs several critical services for central and local Government departments as well as the core e-commerce applications for a wide range of retailers.

This press release was distributed by ResponseSource Press Release Wire on behalf of Babel PR in the following categories: Computing & Telecoms, for more information visit https://pressreleasewire.responsesource.com/about.