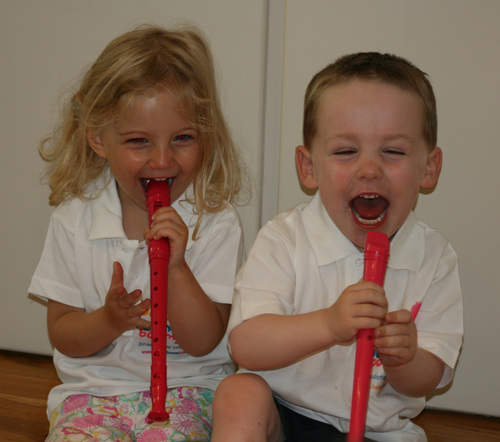 The launch of babyboomboom’s® multilingual musical CDs struck a chord with parents and parents-to-be at this year’s Baby Show in London. The CDs familiarise babies and toddlers with other languages by repeating well-known English language nursery rhymes and songs in a second language. Conceived two years ago, and launched after much careful development, babyboomboom proved to be one of the major hits of the show.

Parents buying babyboomboom have already reported that their young children love the CDs and are quickly learning to sing in other languages.

Father of two, Chris Low said: “My three year old daughter has been listening to the French for just the weekend and I am amazed at how much she has picked up.” Another parent said, “I talk to my two year old only in French and my husband speaks to her in English, but despite my best efforts, she has only been speaking in English. After a week of babyboomboom, I caught her sitting on the toilet singing babyboomboom songs in French. I was really impressed.”

The CDs, sold direct at www.babyboomboom.com, are currently available in English with French and English with Spanish, and can also be purchased in baby or toddler babyboomboom band-bags. The band-bags contain beautifully made and colourful musical instruments as well as a CD. All CDs come with the song words in both languages and are only £9.99. Prices for band-bags start at £19.99 making babyboomboom the perfect Christmas gift.

babyboomboom spent a long time choosing the right songs, making original recordings and selecting the instruments to sell with the CDs. Managing Director, Juliet Machan said, “We worked with our children and our friends’ children along the way, watching what they liked and responded to. We also asked the children for their help in choosing the right instruments. We are delighted with the response to babyboomboom at the show and are looking forward to the pre-Christmas period.”

Photos and samples available for press.

babyboomboom® Ltd provides fun ways to familiarise babies and toddlers with the sounds of other languages. Creating fun, lively and participative multi-lingual products for the whole family to enjoy, babyboomboom launched with its hugely popular multi-lingual musical CDs and band-bag musical instrument collections. The CDs are original recordings of well-known and traditional songs and nursery rhymes played first in English, and then repeated in a second language. babyboomboom is not a provider of language courses, but does strive to develop products that contribute positively towards a child’s early development. babyboomboom sells direct at www.babyboomboom.com