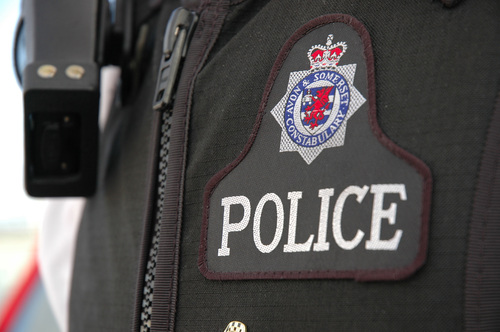 As part of it’s commitment to enhancing community relations, Avon and Somerset constabulary has announced that it will be introducing Polish language translation services from SYSTRAN to the information kiosks throughout its area of policing.

The kiosks, which are currently situated in police stations and supermarkets, offer the local community and visitors to the area, a facility to find out information about the police force, its activities and its overall performance statistics. The system currently supports 14 languages and there are still plans to further add to this.

Included as services on the kiosks are; news about the area, local crime statistics, traffic updates and notices, information about jobs, an overview of local facilities, contact and employment information and important documents relevant to the community. The roll out of the kiosks was described as pioneering and the force has many plans to extend the service.

Peter Bridger, senior web site programmer, explains, "The project went live in December of 2006 but due to its success it has since been extended to include 14 more kiosks this year." Whilst the constabulary was already offering some facilities through kiosks, the plan was to update and re-launch them. To do this, Avon & Somerset turned to Omega First and SYSTRAN; a leading player in the translation software market.

"As part of our due diligence, we conducted an investigation into potential partners and completed some background research on machine based translations. We approached Omega First, who introduced us to SYSTRAN. We developed our relationship with Omega First and went forwards from there."

The force invested in the SYSTRANLinks solution, an online service that is hosted by SYSTRAN which offers real time translation in a customisable, multilingual hub. When visitors accessed the kiosks they would be able to select the language of their choosing and see the site translated within a few seconds.

"Most products are software driven, but we needed something more complex so that each kiosk could operate quickly and effectively,” added Bridger. “SYSTRANLinks fires information back to SYSTRAN's website and returns it when the translation is complete. It literally takes seconds."

The system has already created many benefits for Somerset and Avon's police forces with good feedback coming in regarding its community policing approach. Citizens can now engage with the police on their own terms, and this ensures a good relationship.

Other forces, impressed with the results of the system, have now hinted that they would be interested in rolling out similar services, potentially paving the way for a nationwide release of kiosks – an initiative that would drive national benefits.

About SYSTRAN
SYSTRAN is the market leader in providing language translation software for the desktop, enterprise and Internet that help individuals, small and mid-sized businesses, and large enterprises instantly translate and understand multilingual information and communicate more effectively in more than 50 language combinations. With over three decades of expertise, SYSTRAN products and solutions are the choice of leading global corporations, portals such as Altavista™, Yahoo!® and Microsoft®, and public organizations like the US Intelligence Community and the European Commission. SYSTRAN is headquartered in Paris, France with a North American office located in San Diego, California, USA.