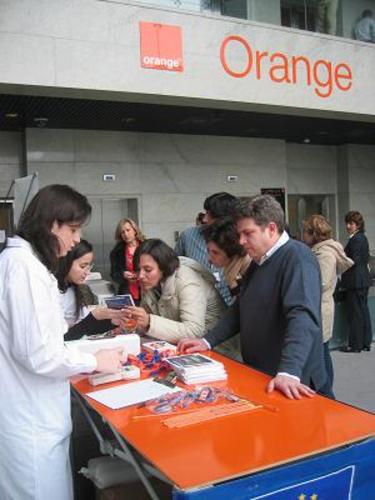 With many European governments having now imposed workplace-smoking bans the ‘HELP – For a life without’ tobacco campaign has launched an initiative focusing on helping employees to fight the need for nicotine.

The ‘HELP at Work’ initiative is focused on highlighting the dangers of smoking to workers, informing them of the risks and providing information and advice to help them to quit or avoid starting.

Working in conjunction with HR departments the ‘HELP at Work’ initiative visits large businesses with its road show and spends a day providing workers with free Carbon Monoxide tests, help and advice on how to quit and a variety of promotional items.

The Carbon Monoxide tests are very successful in highlighting the impact of smoking on the lungs and play an important role in encouraging people to quit.

The ‘Help at Work’ initiative has already started and so far 100 companies across Europe have enthusiastically embraced the scheme as part of their own staff welfare programmes. In the UK companies such as law firm Denton Wilde Sapte have already participated in the ‘HELP at Work’ initiative.

One HR Director of a visited company said, “The introduction of workplace smoking bans across most of Europe is a good step forward however it has raised other issues of concern to employers. The fact that smokers seem to get extra breaks and take more time for these can be a cause of discontent amongst some workers. In addition, business management should also be concerned about the public perception of their business if their employees stand outside to smoke, leaving cigarette butts everywhere. By encouraging and helping staff to give up smoking the individual workers benefit, but so does the business!”

The ‘HELP at Work’ initiative is looking to cooperate with more European businesses. Anyone interested in getting their business involved and organise a CO-test day can contact the HELP team in the UK.

Tobacco is Europe’s greatest public health challenge, killing more than 650,000 people each year. This figure includes 19,000 people who have never smoked themselves. To tackle this issue, the European Commission, launched one of the world’s biggest anti-smoking communication campaigns in 2005, ‘ HELP – For a life without tobacco’. This uses a range of communication tools including television advertising, the internet; the active participation of young people from all Member States and a roadshow appearing at public places and events where the European citizens can test their carbon monoxide (CO) level.

At the outset of the campaign the former European Commissioner for Health and Consumer Protection, Markus Kyprianou, said: “The sickness and death caused by smoking costs EU countries €100 billion a year. Prevention and information campaigns like “HELP” are an investment in a healthier and more prosperous future for our citizens. As well as promoting tobacco-free lifestyles to young people, the campaign also highlights the dangers of passive smoking and supports the trend towards tobacco-free public places.”

He continued: “Eight out of ten smokers start in their teenage years. Once hooked, it is a habit that takes many of them to an early grave. Every year, 650,000 EU citizens die from tobacco related disease. I am determined to do everything I can to stop young people taking up smoking, and to help young smokers kick the habit before it ruins their health. I want to see a major shift in our society, where being smoke-free becomes the norm and the smoke-addicted are a dwindling minority."

In December 2007, the HELP campaign received the ‘European Excellence Award’ in the category ‘Consumer Health’, hosted by the international magazine Communications Director.

The press releases, press kits, logo and images from the HELP campaign can be downloaded from the Web site www.help-eu.com. Login: help – Password: pressdesk

The points of view expressed in this press release should on no account be taken as the official position of the European Commission.