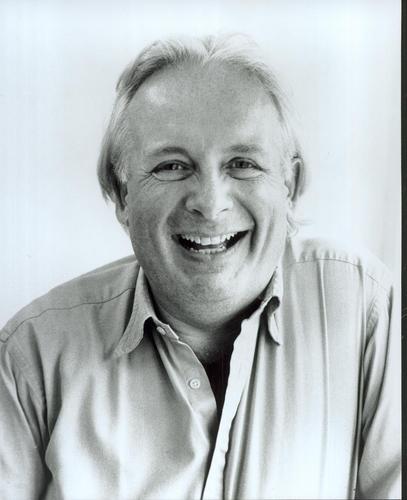 Christopher Biggins is among a host of well-known faces supporting a national campaign to raise money for the development of a new treatment for veterans suffering from Post Traumatic Stress Disorder.

The campaign has been launched by social inclusion charity P3 to raise money to fund the development of a new treatment for combat related PTSD, which in pilot tests delivered an 80% success rate within the first 28 days.

Ex-RAF Officer Steve Bradbury has taken on the challenge to run the London Marathon on the 13th April through which he hopes to raise the first milestone of £64,000 for P3. This money is needed to complete the final development of the treatment programme and enable P3 to prepare for a larger pilot scheme, which will be independently assessed.

This unique new treatment delivers a six month programme involving 28 days of PTSD Recovery Training followed by five months of social rehabilitation which may include re-housing for homelessness, drug and alcohol rehab and other social inclusion programmes.

The ‘Once is enough’ campaign is supported by ‘King of the Jungle’ Christopher Biggins, ex SAS and TV personalities Bear Grylls and Major Ken Hames (Ken has suffered for many years with PTSD) and Britain’s first female fast jet pilot Jo Salter.

“30,000 British personnel served in the Falklands and as many as 2,700 of these veterans could now be suffering from delayed onset PTSD” explains David Walters of HelpMeOvercome who are working alongside P3 to deliver the new treatment.

“But it is the wider impact of PTSD that is most alarming. Over 300 Falklands veterans have committed suicide (more than were killed in combat) and it is estimated that there are over 6,000 veterans in the prison system and a further 12,000 without a permanent residence.”

‘PTSD puts a huge burden on charities, social services, the NHS and the legal system and as nation we simply don’t have the capability or the capacity to manage the influx of PTSD cases which will come from current combat operations” adds Walters.

Ironically, most of the suffering experienced by these men and women could be avoided simply through the provision of more effective treatments for PTSD.

“Once is enough is a pioneering campaign and we must do all we can to support all the brave men and women who are risking their lives for us in combat and need our help. Sponsoring Steve Bradbury at the London Marathon is something that everyone can do to make a real difference to those servicemen and women who are affected by the nightmare of PTSD,” adds Christopher Biggins.

For more information on the ‘Once is enough’ campaign visit www.knuckledownforheroes.com or to sponsor Steve Bradley at the forthcoming London Marathon, visit www.justgiving.com / SteveBradbury.

Subject to availability, Jo Salter, Major Ken Hames and Christopher Biggins will be available for a limited number of interviews or press/TV appearances in relation to the ‘once is enough’ campaign.

Representatives from P3, HelpMeOvercome as well as an ex-Falklands veteran who has successfully been treated for PTSD through the new treatment are also available for interviews and press/TV appearances.

P3 and HelpMeOvercome have developed a revolutionary new treatment for combat related PTSD, which in pilot studies provided relief from symptoms for 80% of those who completed the course.

After a year of refinement and improvement, P3 are now ready to move from a small pilot to a large-scale delivery. It costs £4,000 to provide six months of PTSD recovery training and social rehabilitation support to a PTSD casualty and their spouse/partner – that is just half the cost of six weeks of respite care and only 20% of the cost of a month long stay at the Priory.

Four 4 person courses will be delivered in May and June 2008 to complete the programme development and finalise the service delivery model, costing £64,000.

In September, P3 will then embark on a year long large scale programme and clinical observation study with Nottingham University, enabling 104 veterans to gain relief from their PTSD symptoms whilst providing us with an independently validated study needed for acceptance by the NHS and the MoD.

P3 then plan to expand their service to deliver PTSD recovery and resilience training for 250 casualties each year. To do this they need to raise £1,000,000 from charitable donations to fund these programmes. And this will need to continue until the MoD and NHS accept this training as a credible solution to the problem of PTSD.

- Over 300 Falklands veterans have committed suicide; more then were killed in the fighting.

- Initial indications from Iraq suggested that 2% of regular soldiers and 4% of reservists developed PTSD (Source: King’s Centre for Military Health)

- PTSD causes violent outbursts, emotional shutdowns and social dysfunction, which affect the lives of family, friends and communities. It places a major burden on social services, the health service, charities and the legal system.

- As many as 7% of the UK prison population (over 6,000 prisoners) are veterans. (Source: The National Ex-Services Association). Vets in Prison believe this number to be as high as 11%.

- Approximately 12% of homeless people are ex-military. (Source: PoppyScotland) Given a conservative estimate for UK homeless population at 300,000, this means that more than 36,000 British veterans could be currently homeless.

- US figures suggest that the incidence of psychological trauma is rising with prolonged combat duty: 38% of regular soldiers, 31% of marines, 49% of soldiers and 43% of marine reservists had symptoms of post traumatic stress, depression, anxiety, and other psychological problems within three months of returning from active duty.

P3 operates services and creates opportunities for vulnerable people of all ages that offer effective and long lasting routes out of social/economic exclusion and homelessness. Specialising in support for people recovering from mental ill health, P3 has a 25 year track record of operating a range of services, 16 sites across the UK and over 170 staff working every day to provide support to over 1700 people a week.

P3 has been recognised through a variety of national awards and standards including Number 1 in the Sunday Times Best Company 2007 Awards, Charity Awards Best Charity 2005 and winner of the National Training Awards 2006. For more information visit www.p3charity.com