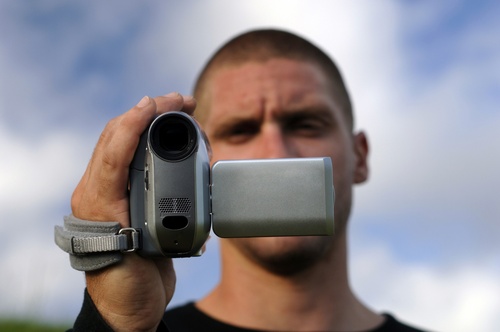 With the rapidly increasing number of public contributions to national and local news, YouReportTV has launched the world’s first people’s news site, featuring news generated entirely by the community.

Launched on the 2nd April 2008, YouReportTV enables consumers to immediately broadcast news items that are of interest to their peers and the wider community. News can be uploaded by mobile device, digital camera, webcam or camcorder and can include videos, text copy and photos.

Unlike many other social news sites, YouReportTV rewards its members by sharing any revenue generated by their news with them. And for budding journalists and media students, the site enables them to create an online media portfolio and reporter portfolio, which can be used to gather evidence of work and support future job applications.

YouReportTV has been developed to support the unprecedented growth in user-generated content, commonly known as ‘citizen news’ or ‘citizen journalism’. According to Peter Horrocks, the BBC receive an average of 85,000 text messages and 10,000 email or posts in a day to it’s Have Your Say site.

And whilst most major news broadcasters clearly understand the value of facilitating contributions from their viewers, they are often limited in what user-generated content they are able to use as they need to maintain the balance between delivering news that is of interest to the masses, providing a localised presence and supporting freedom of speech, whilst remaining impartial and objective, explains a spokesperson for YTRV.

“YouReportTV is a positive steps towards celebrating citizen journalism and been developed to publicly recognise the value of localised news and its relevance to the community, and to provide an outlet for the publication of stories which may never be covered by the traditional press;” adds the YRTV spokesperson.

For more information or to register for the chance to win a YRTV Correspondence Kit including a laptop and digital camera worth over £1,000, visit www.youreporttv.com

YouReportTV (www.youreporttv.com) is a platform for consumers to upload, broadcast and debate news, which they have generated commonly referred to as ‘citizen news’ and ‘citizen journalism’.

Social news sites are increasingly popular in the Internet; however, a site which empowers the general public to easily publish timely news has up until now not been available. YouReportTV evangelises the concepts of ‘You News in Good News’ and ‘If its News to you, Its News for Us’.

Visitors will be able to broadcast their news item via;

1. Sending mobile text and video directly to the site and have it immediately published
2. Uploading from a digital camera/camcorders/mobile devise
3. Recording a video on their computer webcam
4. Submitting text copy and photos
5. Users can create a profile, which may serve as an online portfolio.

Users can distribute their news stories through other social news sites and social networking groups.

YouReportTV incentivises users to contribute to stories by sharing their advertising recenue, however, the content will be owned by YouReportTV. The site is accessible to the hard of hearing and visually impaired by providing signage and text readers across the site.

YouReportTV is the brainchild of two entrepreneurs who with over twenty years combined experience in the business technology sector, identified the potential for new technology to facilitate widespread ‘citizen storytelling’.

“The BBC gets an average of 10,000 e-mails or posts in a day to its Have Your Say site. That can soar on big news days. That sounds an enormous number. But up to 5 million can come to the BBC News website in a single day. (Peter Horrocks – Value of Citizen Journalism – 7th January 2008 – www.bbc.co.uk/blogs/theeditors/2008/01/value_of_citizen_jour...)

“When the Buncefield oil deport blew up in December 2005, the BBC received over 6,500 e-mails containing pictures and video footage from the public, the first arriving at 6.19am, just minutes after the explosion.” (Source: www.thepressgazette.co.uk)

For further information or to arrange an interview, please contact Media Jems on 01603 283 503 or email rebecca@mediajems.co.uk