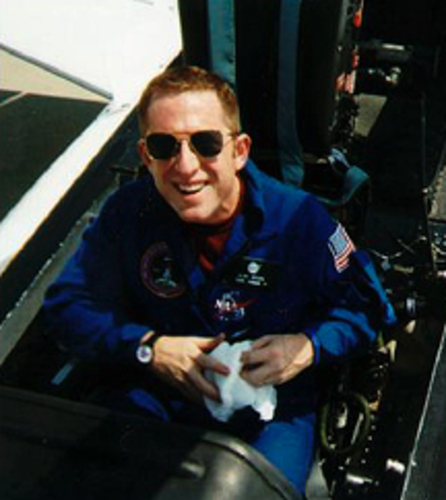 Washington, DC – Odyssey Moon, a commercial lunar enterprise, announced today that former NASA Associate Administrator Dr. Alan Stern has accepted a role with the Isle of Man-based company. Dr. Stern was a recognized engine of change and innovation as chief of NASA’s Science Mission Directorate, championing new science programs while being a stalwart advocate of cost and value control when he served at NASA.

Dr. Stern has joined the Odyssey Moon executive team on an exclusive part time consulting basis as the company’s Science Mission Director, part of a new diversified career focus spanning many of his lifelong interests and activities. He expects that his blended understanding of science and business will help Odyssey Moon establish a commercial lunar business while pursuing the $30 Million Google Lunar X PRIZE. “I am a fan of public-private partnerships and building bridges to new markets,” he said. “I believe we are on the verge of a whole new era of space exploration and that the private sector can provide reliable cost effective services that can increase the value and leverage government space budgets.”

A veteran of space exploration with over 25 year experience, Stern’s alliance with the private space sector comes at a critical time when NASA and other space agencies are looking carefully at the value proposition in partnering with the commercial sector for space activities.

Dr. Stern is a highly respected planetary scientist who has authored over 200 technical papers, 30 popular articles and two books. His work has taken him to numerous astronomical observatories, to the South Pole, and to the upper atmosphere aboard high performance military aircraft. He has been involved as a researcher in 24 suborbital, orbital, and planetary space missions, including 8 for which he was the mission principle investigator; he has also led the development of 8 scientific instruments for planetary and near-space research missions. In 2007 he was named to the Time 100 Most Influential People in the World.

Odyssey Moon CEO Dr. Robert (Bob) Richards joined other members of the company’s executive and board of directors in welcoming Alan Stern to their executive team. “We are absolutely thrilled that Alan has decided to join us,” Dr. Richards said. “New businesses are all about the people who believe in making them happen and I can’t think of a better person to help us succeed in this exciting venture than Alan.”

Odyssey Moon Limited is a private commercial lunar enterprise headquartered in the Isle of Man involving partners in many nations. The first official contender in the $30M Google Lunar X PRIZE competition, the company is an innovative partnership of aerospace, financial, science, education, legal and policy interests that have come together to offer ongoing commercial lunar business services and products for humanity’s permanent return to the Moon. Odyssey Moon is dedicated to the long-term responsible development of the Moon for the benefit of all Humanity.