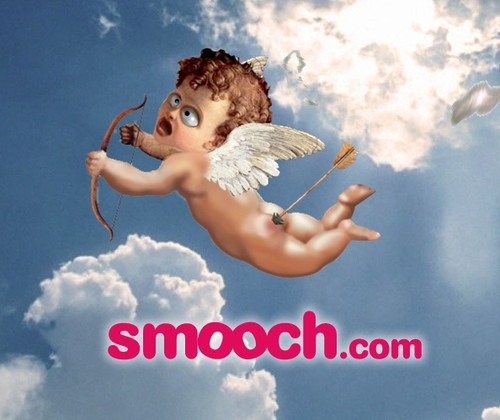 They say when times are hard, people turn to love, and the recent runaway success of innovative new dating site Smooch.com supports that theory.

The trend was underlined this week when Smooch.com become the first UK based site to launch a TV advertising campaign.

Television advertising has itself struggled in the face of fierce competition from net-based advertising, so it's good, if somewhat ironic, to see the dot com companies investing in the very medium their own advertisers have abandoned.

Full Smooch Ad can be viewed on YouTube: http://www.youtube.com/watch?v=4W0rz9gc8ws

- Smooch.com was founded in 2007 by Martin Bysh and Marcus Hamilton.
- It has 300,000 active members with around 1000 new members joining every day.
- Smooch is totally free to users, all revenue comes from advertising.

Smooch.com founders Martin and Marcus met at a bus stop at the age of twelve and only spoke to each other because they came from very different communities and each was concerned the other might pick a fight! They went on to become firm friends and on leaving school built a dot com business together. This started with a small site for their friends created in a Paris bedroom and has grown over the past decade into a thriving company boasting four community sites, two gaming sites and Primary Drive, a separate company handling website development and e-commerce consultancy. They are available for interview to discuss their own relationship and/or the business conception, growth and continued success.