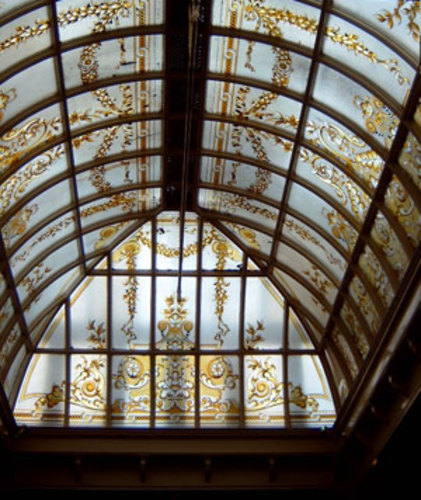 The revamped Comfort Hotel Royal in Kettering has attracted a top UK chef to run its historic Victoria’s restaurant with a new menu aimed at promoting local produce.

As British Food Fortnight gets underway (September 28th – October 5th), the hotel is proud to present Trevor Hutcheson, who has fed a host of elite sportsmen at the likes of the Millennium Stadium, Oval Cricket Ground and Goodwood Racecourse, as well as Sandringham Hotel, Portsmouth, over a career spanning three decades.

He has already used his vast experience to put together a feast of fantastic fayre sourced from an eclectic mix of Northamptonshire producers, including filet beef from Palmers of Kettering and fresh, local produce from Perkins of Northampton.

Trevor said: “My professional team of chefs and I strongly believe in using the best local producers, who can provide both the service and quality a hotel like this is crying out for,” he said. “It also answers demand for local provenance and promotes county businesses.”

Trevor, who owns Total Management Catering and Total Management recruitment, has not stopped at giving every menu a makeover, but introduced a service in keeping with the hotel’s history alongside 21st century touches and state of the art kitchen equipment.

The dining area at Victoria’s, named after the monarch following her stay in 1844, has also received the Cinderella treatment, while staying true to tradition with features such as a magnificent Victorian glass domed roof.

As part of the massive overhaul, which began in 2006, the 17th Century former coaching inn in Market Place is also swinging open the doors to an over 25s basement nightclub with 3am late licence on Friday, September 26th.

The Cavan, which replaces a ‘tired and weary club’ which closed for refurbishment after Christmas, will hold 200 and be run by Dave Kearns, who manages the hotel’s Cavan Bar.

The first of its kind in the area, it will give guests and locals alike a lively place to enjoy good entertainment and dancing, with a range of wines, beer and cocktails, until the early hours.

Managing director John Murray said they hoped the ventures would help revitalise the area as a whole. “The hotel is bang in the centre of Kettering council’s new prime pitch for leisure in 2009, which is set to have lively café’s, food and licensed entertainment onsite. We view the hotel’s refurbishment as a crucial part of this regeneration, not a separate entity.

“By re-inventing Victoria’s restaurant, we are able to offer something historically unique, while keeping local business thriving. With Dave Kearns, meanwhile, we can give the 0ver 25s somewhere to enjoy themselves until 3am, something that, until now, has been missing in the area. With the launch of both ventures, Comfort Hotel Royal is set to become the place to be in Kettering.”

Since John Murray and partners bought the Comfort Hotel Royal in the heart of Kettering conservation area two years ago, it has undergone a staggering transformation.

Other selling points includes Bladez, the refurbished hairdresser’s run by Debbie Marshall with local apprentice Kayleigh Barrett, which has been a huge success since it opened in March.

The Comfort Hotel Royal offers a comprehensive entertainment package for guests, who can enjoy a relaxing drink at the traditional hotel bar before dining in Victoria’s and going on to the over 25’s nightclub for some energetic entertainment or simply a nightcap and bed. The hotel prides itself on being the ideal venue for weddings, Christmas lunchtime and evening parties and planning a right royal spectacular this New Year.

Victoria’s restaurant is open for breakfast every morning from 7am until 9.30am, serving both full English and continental breakfasts to set you up for the day ahead, and every evening for a mouth-watering meal, except Sundays from 6.30pm-9pm. On Sunday, traditional lunches together with a selection of other meals are served from noon until 2pm. A full range of wines is available.

The Comfort Hotel Royal Kettering has pleasure in inviting a journalist and partner for a night’s break at the former coaching inn, with the chance to sample the new improved cuisine at Victoria’s and find out more about the local produce behind each dish.