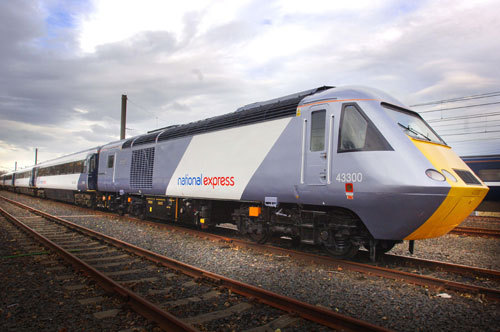 Gothenburg, Sweden (PRWEB) November 5th 2008 – Icomera AB, the world’s leading provider of cellular broadband gateways, has announced that usage of its mobile Internet access systems deployed on passenger transport worldwide has exceeded three and a half million sessions. Operators of trains, buses, coaches and ferries deploy Icomera’s award-winning Moovbox technology to provide Internet access to passengers, while also delivering high-speed connectivity to on-board systems such as CCTV, ticketing and GPS-based vehicle tracking. By the end of October 2008, over one million passengers had used Wi-Fi services across these fleets approximately 3.72 million times, a 272% increase in the last twelve months. Icomera customers include some of the world’s largest transport operators including Arriva, First Group, National Express, Stagecoach and Go-Ahead.

“The fact that our on-board Wi-Fi hotspot systems have been used almost four million times clearly demonstrates that Wi-Fi availability is an important consideration for both business and leisure travelers,” said Ola Sjölin, Chief Executive Officer at Icomera. “Transport operators are looking at ways to differentiate their services from the competition, while also seeking to improve the passenger experience. Combined with the operational efficiencies that real-time Internet access brings to a fleet, the outlook for Icomera’s market-leading technology is extremely positive.”

Figures released by Icomera show that on rail deployments the average Wi-Fi session lasts 83 minutes, while the average session on road-based installations such as commuter bus and coach routes is over 30 minutes. Wi-Fi usage across all Icomera Moovbox installations is now running at over 50,000 sessions per week.

One of the most popular on-board Wi-Fi services is the National Express East Coast (NXEC) intercity rail route from London King’s Cross to the Scottish Highlands via Edinburgh. NXEC has equipped 43 trains with free Wi-Fi hotspot service to all passengers, and has seen over 1.3 million sessions since December 2007, with an average online time of 70 minutes. The overall uptake of Wi-Fi across NXEC passengers is around 9%, with an estimated 85% of laptop-carrying passengers opting to use the free service at some point during their journey.

“Since we switched from a pay-per-use service to free Wi-Fi we’ve seen a significant though not unexpected jump in usage,” said Rachel Dawson, sales and marketing director at National Express East Coast. “A major advantage of choosing the train over alternatives such as driving or flying is the ability to stay connected to the Internet throughout the journey. Icomera’s technological approach to delivering an always-on connection has been fundamental to the success of the initiative, and has proved extremely important to our business passengers who rely on Internet access to make the most of their journey time.”