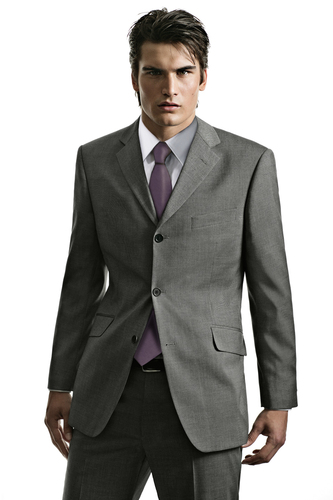 To help combat the credit crunch blues for its customers, Moss, the UK’s number one branded suit specialist has launched the essential affordable suit package for £49, a fraction of its normal retail price.

The pound saving offer, which is a first for leading men’s retailer Moss, includes a choice of six of the season’s must have contemporary suits from Moss, as well as a choice of three shirts and a selection of 100% silk ties from popular brand Dehavilland and a suit carrier to take it all home – a package that would normally retail at around £180.

Moss, which has 120 stores nationwide, stocks over thirty leading brands including Calvin Klein, Ventuno 21, and French Connection and prides itself on offering its customers sharp tailored suits at affordable prices.

Scott Williams, senior suit buyer for the Moss Bros Group, said “We’re really excited about offering this credit crunch suit package to our customers. We want to help them in anyway we can in response to today’s current climate.

“With the knock on effects of redundancy, Moss is helping to smarten up men by providing the staple kit for the workplace or for that all important interview. Dressing sartorially smart sends out the message that you are professional and authoritative and teaming this look with a classic shirt, gives men the freedom to accessorise with the season’s key coloured ties.”

The package is available throughout Moss stores from Friday 7th November as well as online at www.moss.co.uk. The offer will be available to customers while stocks last and is limited to one package per customer.

Notes to editors for Moss and Moss Bros Hire:

• Moss is the UK’s number one branded suit specialist for men.

• Moss offers suits, shirts, ties and accessories all available to purchase at www.mossbros.co.uk. Moss provides a mix and match service offering customers clothing and accessories in a range of sizes.

• Moss was founded in 1851 and is part of the Moss Bros Group, which also owns Moss Bros Hire, Savoy Taylors Guild and the franchise operators for Simon Carter, Hugo Boss and Canali.

• In total, the group have 180 stores nationwide.

• Within that, 120 of those stores are Moss and each store has a Moss Bros Hire department within them.