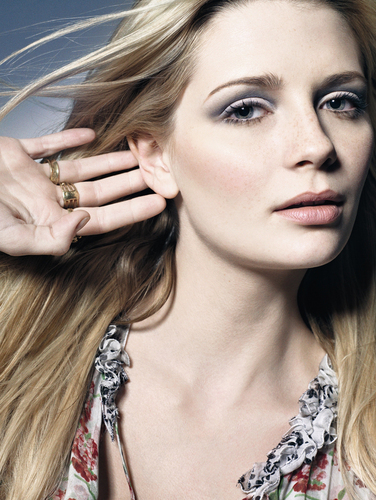 500 million people worldwide, more than 10 percent of the world’s population have a hearing loss and the number is expected to increase to 700 million by the year 2015

Mischa Barton, Billy Idol and Maggie Gyllenhaal are the latest celebrities to be photographed by musician Bryan Adams for the Hear the World campaign, an initiative set up to raise awareness about the issue of hearing loss.

As official photographer for the campaign, Mr. Adams has photographed a number of celebrities including Rod Stewart, Mick Jagger, Amy Winehouse, Dionne Warwick, Joss Stone and Annie Lennox. Each individual is captured holding the Hear the World pose, with a hand behind one ear, symbolising conscious hearing.

In the U.K. a staggering 1 in 7 people experience some degree of hearing loss and studies have shown that a hearing disability can have a significant negative effect on a person’s social, emotional and physical wellbeing.

Hear the World is a non profit initiative launched by hearing device manufacturer Phonak in 2006. The campaign educates the public about the importance of protecting their hearing, the social and emotional implications of hearing loss and the available solutions for those with hearing loss.

Many of the images have appeared in the Hear the World magazine, a quarterly lifestyle publication that is devoted to the culture of hearing. Focusing on hearing and sound, the magazine covers a broad range of topics, from music, to art, nature, and everything else that makes life more beautiful.

Readers can order a free copy or subscribe to Hear the World magazine by visiting www.hear-the-world.com. Net proceeds of the magazine benefit the Hear the World Foundation that supports charitable organisations and projects focused on helping people with hearing loss.

• Celebrity photography available upon request
• All photography taken by and credited to “Photo: Bryan Adams for Phonak”
• For further information visit www.hear-the-world.com

The Hear the World celebrity ambassadors include:

About Hear the World