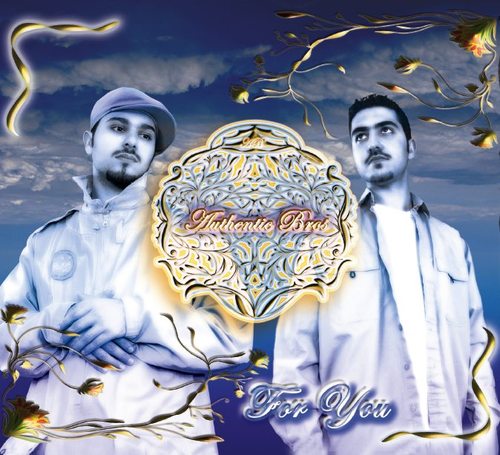 Welcome to the new face of British hip-hop! Welcome to the world of Authentic Bros! Consisting of multi-talented brothers, Babak, a Sound-Engineer (Vocals, Mixing, Beats, Production), and Reza, a Video-Producer (Vocals, Beats), the duo have been steadily forging their own unique brand of multidimensional, emotive urban soundscapes.

Searching extensively for a creative outlet to realise their ambitions of fusing these base elements into a new breed of music, and frustrated by the lack of diversity on the UK urban scene, they set about creating a new vision and a new sonic journey for today’s disillusioned youth. A strong interest in World Politics, social inequality and unchallenged major injustices on a World scale spurned them to write and over the course of the past 6 years, a strong belief that these elements should be exposed to the public has led to Authentic Bros developing scorching and intricately created bars which make them stand out in today’s conformist society. Authentic Bros have honed their rhyming skills in the Midland’s battle-rap and MC’ing circuit, undertaking numerous live performances and appearances on specialist radio stations. The sound of Authentic Bros is hard to pin down and difficult to pigeonhole.

With ‘For You’, Authentic Bros deftly craft a propulsive fusion of intricately programmed beatscapes and futuristic melodies that utilise strong ethnic motifs. A keen interest in challenging music and a disdain for formulaic beat-crafting has led to the creation of multilayered soundscapes which refuse to follow norms, instead growing to epic and cinematic proportions and/or shifting direction with no notice. Vocally, the duo spit bars ranging from medium-tempo wordsmithery to high-octane doubletime wizardry, and these styles tend to be fused together with swift switching techniques and are occasionally interspersed with poignant R’n’B harmonies.

Refreshingly, the whole package is wrapped up within a lavish commercial aesthetic usually confined to mainstream artists. With a distinctive Majorca shot video currently blowing up on youtube (www.youtube.com/watch?v=axexDrXqvuQ) and several videos currently in the pipeline, including one shot in Dubai, Authentic Bros are on a hip-hop voyage to bring through their one-of-a-kind concept via both audio and visual mediums. To mark their debut and fully stamp their mark on the UK urban scene, an extensive nationwide tour is planned and an exciting concept album is currently being produced with release scheduled for 2009.