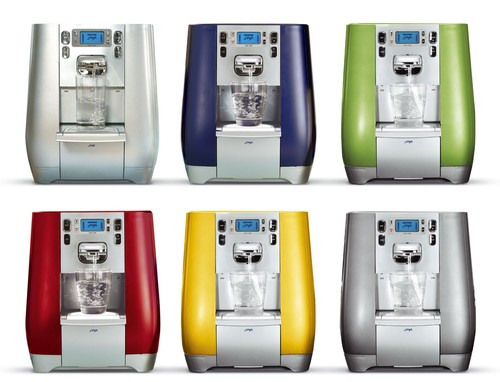 Guildford – 9th December 2008, Mains-fed water cooler
manufacturer, Tana Water (UK) Ltd., has announced that it has relocated to larger premises and gained a £1.26 million investment in recognition of the company’s growth potential in the UK market.

In a vote of confidence from parent company Tana Industries, Tana Water UK has gained additional funding to support its growth strategy, which includes relocating to larger headquarters at the newly opened Henley Business Park near Guildford; increasing its sales and marketing staff and launching an expanded product range into the business and domestic markets.

For more than a decade Tana Water has supplied mains-fed water machines to UK government, healthcare, manufacturing, leisure, hospitality and educational organisations. It is the only Water Regulations Advisory Scheme (WRAS) approved manufacturer in the UK that sells and maintains its own machines. In June 2008, the company was named as an approved supplier of mains-fed water coolers to the NHS Purchasing and Supply Agency (PASA). This year, the company has delivered on ambitious growth plans, including opening a new telesales office on the Isle of Wight to support sales and service nationwide.

Commenting on the funding, Danny Targan, CEO of Tana Industries said:
“We have been very impressed with the progress made by Tana Water UK. Since we set up our UK manufacturing operation in 2004, the company has gone from strength to strength and we are happy to support its continued growth.”

Nick Heane, managing director of Tana Water UK said, “I am delighted that our UK growth plans have gained the financial backing of Tana Industries. At a time when most UK companies are battling the credit crunch, this is a major endorsement of the Tana Water UK staff who have worked so hard to look after existing customers as well as winning new business. I congratulate the UK team and look forward to leading the company into its next chapter.”

About Tana Water (UK) Ltd.,
Tana Water UK Ltd is a wholly owned subsidiary of Tana Industries, one of the world’s leading developers and producers of mains-fed water coolers and dispensers. Tana has been active in the UK since 1993 and has installed more than 17,000 water dispensers in the UK within the private and public sector, including educational establishments, hospitality and healthcare providers, government offices and domestic environments. Tana Water UK is an approved supplier to the NHS Purchasing and Supply Agency.

All Tana Water dispensers have Water Regulations Advisory Scheme (WRAS) approval and only use WRAS approved installation parts, ensuring that our machines are suitable to be connected to mains water supplies. To substantially reduce electricity consumption, all new hot & cold Tana machines automatically power down when not in use.
Tana Water mains-fed machines are recyclable and use biodegradable carbon filters. Its 11Watt ultraviolet lamps are disposed of in compliance with WEEE regulations. Used units are returned to our factory and refurbished for use in developing countries. Extending their use in this way considerably reduces waste sent to landfill.