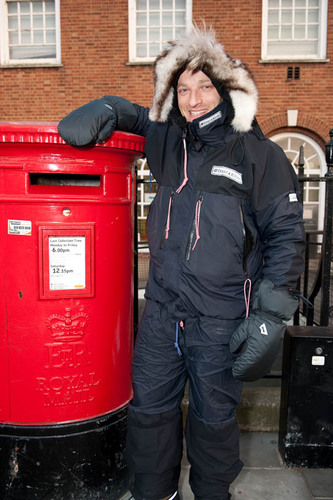 what should be done at government, corporate and individual levels to tackle whatever challenges we face

Polar Explorer, Ben Saunders, the youngest person ever to ski to the North Pole, will be visiting Cardinal Wiseman School in Greenford, Middlesex, this Thursday 8th January at 3.30pm to help prepare members of the school’s sixth form debating society for the biggest debate of their careers.

In light of the recent weather, Ben will be sporting full Arctic gear – this is particularly appropriate as he will be there principally to talk about climate change.

Ben’s presentation will be a prelude to a session preparing two sixth formers to debate the motion ‘Climate Change is the Biggest Threat Facing Humanity’ – in a debate which will kick start the Intelligence Squared Green Festival on Climate Change – a non profit all-day event which has attracted some of the foremost experts in the world to debate the most important topic of our age. The festival will take place at the Royal Geographical Society in London on Sunday January 25th. Ben Saunders is the moderator of the young people’s debate.

The school opposing the motion is The Graveney School from Tooting, South London, so we expect a strong North-South London competition to fuel the debate.

Also coaching the kids on Thursday will be Oxford undergraduate Katie Parry, great great great grand daughter of another polar explorer, Sir William Edward Parry, who will be arguing against the motion.

At a time when we are facing the possibility of a deep recession, The Intelligence Squared Green Festival of Debate on Climate will bring together some of the most expert, authoritative and controversial voices on climate change. They will debate the scientific, regulatory, economic and social dimensions of the issue and discuss what should be done at government, corporate and individual levels to tackle whatever challenges we face.

‘How Long Have We Got?’, ‘Do China and India Hold the World in their Hands?’ and ‘Does technological innovation provide our only hope?’ are some of the topics to be covered in the festival’s nine debates and seminars.

There will be plenty of fun to be had outside the debating rooms: view award-winning climate change photos by Prix Pictet, test drive an electric car, investigate a solar home and win green prizes worth hundreds of pounds.

Tickets for the young people’s event are free (and for other debates start at £10) and all tickets must be booked in advance at www.iq2greenfestival.com or on 0207 494 3345.

All other tickets for students are at half price. Simply type the word ‘student’ into the ticket page under ‘promotional code’.