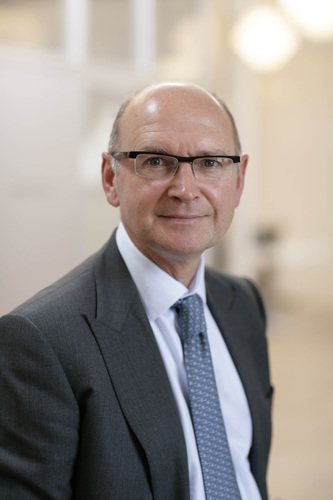 I believe that iris is unusually well placed to meet the challenges presented to clients in these recessionary times.

Independent integrated marketing network iris today announced the appointment of industry heavyweight and former President of TBWA\Europe, Paul Bainsfair, to the role of CEO for Europe. Paul has been working as a non-executive director with iris since October 2008 but will join full-time from the 19th January, reporting to Ian Millner, Group CEO and founder of iris Worldwide.

The appointment underpins iris’ strategy of establishing itself as the agency network model for the future. The agency will have an emphasis on client centricity by putting integration and innovation at the heart of their output.

Bainsfair’s appointment comes at the start of an aggressive expansion drive, which has seen iris launch new offices in Paris, Amsterdam and Munich in January 2009. The ambitious expansion plans across Europe follow an increase in work from the agency’s clients, including Sony Ericsson, Shell, ING and adidas.

Ian Millner, joint CEO of iris Worldwide said, “Paul has done it all in a distinguished career and has an incredible mix of skills and experience that will benefit our clients and our people. He will add a level of knowledge, professionalism and discipline to our strong can-do culture, which is defined by our pace, our lack of boundaries, and our ability to build trusting and valuable partnerships with clients. I’m really looking forward to working with him”.

Bainsfair said, “Integration is a way of life at iris rather than an empty promise and the more time I’ve spent there the more I’ve been impressed. iris is a living and breathing example of what I know the traditional networks are trying to achieve and the potential to create something groundbreaking is what excites me about the opportunity. iris has created a network that’s smarter, faster, more flexible, and has upstream client relationships thanks to an investment in true business partnerships. Furthermore I believe that iris is unusually well placed to meet the challenges presented to clients in these recessionary times. I can’t wait to get started and play my part in establishing iris as a force to be reckoned with in 2009.”

Prior to running the TBWA network across Europe, Bainsfair was the managing director of Saatchi & Saatchi in 1986, going on to establish his own agency, Bainsfair Sharkey Trott (BST), in 1991. BST was later bought by GGT, which in 1998 merged with the TBWA network.

The iris network has a global footprint across all the key regional hubs with offices in London, Manchester, New York, LA, Portland, Miami, Singapore, Sydney and Delhi. In July the Bank of Scotland Corporate made a £20 million investment in iris to help accelerate the agency’s ambition to become a leading independent global marketing network.

for more information about iris

iris Worldwide is an independent, integrated marketing micro-network working across all media and all disciplines, servicing an enviable roster of global clients that include Shell, Sony Ericsson, ING, adidas and Coca Cola.


This press release was distributed by ResponseSource Press Release Wire on behalf of Iris Worldwide in the following categories: Media & Marketing, for more information visit https://pressreleasewire.responsesource.com/about.