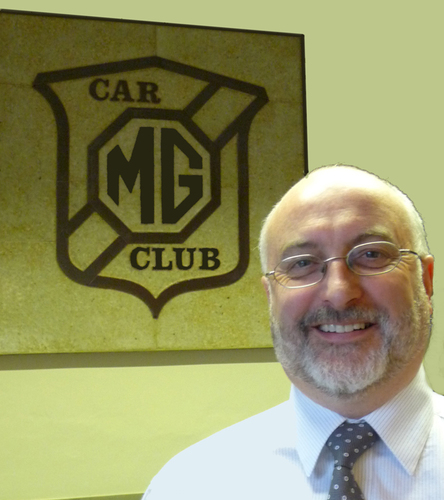 Abingdon, 20 January 2009: The MG Car Club, based at Abingdon, Oxfordshire is pleased to announce the appointment of Julian White, 51, as General Manager of the club, with immediate effect.

The MG Car Club is the premier car club for MG owners and enthusiasts and its offices in Abingdon are sited on the edge of what was once the MG Car Company's headquarters and factory - where Cecil Kimber (Managing Director from 1935-1945) and John Thornley (General Manager and subsequently Managing Director) successfully ran one of the world's most well-known and well-respected car manufacturing companies.

Since its formation in 1930 by John Thornley, the club, which organises events, race meetings and a range of MG related activities as well as offering comprehensive technical and historical information for every model of MG from the 1920s to the present day, has provided high quality support and backing to all its members.

Commenting on his appointment, Mr White, whose collection includes a 1970 MGB GT, said, “Its a great privilege to work at the original and best MG Club and to turn my hobby into a job. I am looking forward to developing the club membership and its range of activities.”

Mr White brings a considerable knowledge of the motoring world to the job, having worked in the retail industry with a variety of companies including, Volkswagen, Audi, Saab, Seat and Vauxhall as well as brief spell with MG Rover.

John Day, Chairman of the MG Car Club, said on welcoming Mr White, “We are delighted to have such an experienced manager at the MG Car Club which is aiming to professionalise its activities to give a better and more complete experience to its members.”

Mr White is married to Gill and has three grown-up children. His interests outside the classic car world include rock and blues music, attending concerts and playing the guitar.