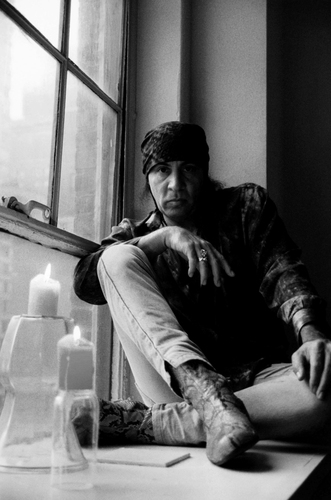 Bowers & Wilkins is extremely proud to announce that Steve Van Zandt is now a Fellow in its Society of Sound. The legendary musician and actor shares Bowers & Wilkins’ passion for sound quality, and has joined the company’s campaign for the best possible sound.

Steve Van Zandt is a long serving member of Bruce Springsteen’s E Street Band, a solo artist, political activist, DJ and also an actor, famous for his role as Silvio in The Sopranos. In an exclusive video interview with Bowers & Wilkins, Steve speaks passionately about sound quality,and the issues involved in preserving the world’s musical heritage in the best possible way.

“The CD was the biggest scam perpetrated on the public. If you don’t believe me, compare your CD to the same record on vinyl. It’s shocking: the difference is vast,” he says.“The challenge for the industry is to archive these very cool records that our elder brothers and sisters made; archive them in
their original analogue form. Currently this isn’t happening;they are being preserved in a digital format, which is a big problem.”

Bowers & Wilkins is a speaker company famous for manufacturing consumer speakers that are good enough to be used in some of the world’s best recording and mastering studios such as London’s Abbey Road and California’s Skywalker Sound.

The Society of Sound is a virtual meeting place for people who care passionately about sound quality. It features the high quality, lossless download B&W Music Club, Blogs, podcasts and the latest news on the Fellows.

For more information on the Steve Van Zandt and Society of Sound visit www.bowers-wilkins.co.uk/sos

For more information, brochures, high-resolution images or to arrange a product loan, please contact Shaun Marin on 0207 014 2639 or smarin@bwgrouplondon.com