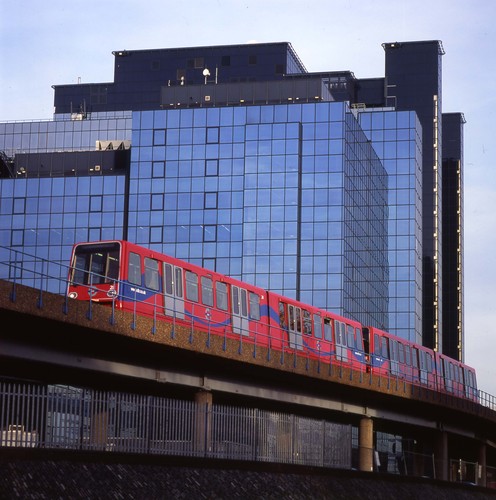 10 February 2009 – telent has been selected by Serco Docklands, the franchise operator of the Docklands Light Railway (DLR), as its system integration partner on a new network upgrade project. telent will install a new high performance LAN infrastructure to underpin the railway’s planned deployment of new services and IP-based applications, the first of which uses ASL iPA equipment to provide an innovative IP-based public address (PA) system servicing some 32 DLR stations.

telent has been chosen to undertake the system design and implementation of both the network and PA system, capitalising on its extensive rail, IT and acoustic consultancy expertise. The roll out of the project has already started and will be completed during 2009.

Michael Evans, Serco Docklands’ Communications Engineer, says, “Clearly the trend is to shift from a conventional multiplexed communications medium to a converged IP network and the goal of the project is to put in place an infrastructure which will last for the next 10 years. telent was chosen given their excellent response to our tender, and a competitively priced solution which can scale and change to meet our needs, all backed up by support staff who are close by.”

telent’s LAN design uses gigabit Ethernet Cisco Systems switches throughout the network, with stackable gigabit Ethernet switches at the edge to provide for future growth. Dual linked for resilience, the LAN will interoperate with existing TDM-based network infrastructure and is easily upgradeable as more bandwidth is required over time.

telent is working closely on the project with PA supplier, Application Solutions Limited (ASL), to deploy its new high quality, fully featured IP-based distributed PA system called iPAM. telent already has a good relationship with ASL, developed during the implementation of their PA system on 76 London Underground stations, as part of the Whole Life Cost Contract that telent is currently delivering to Tube Lines. Such is the nature of the relationship that telent engineers have even contributed some ideas in the design of iPAM. It is a monitored PA solution specifically designed for the harsh environments found at railway stations and performs equally well over legacy and new data networks. In fact, as a part of this project, iPAM technology is being installed on some DLR stations prior to the Cisco roll out. Serco Docklands will be the first company in the UK to deploy such a system.

The public address system will be controlled from Linux PC workstations at the Control Centre, and telent is also integrating it with the DLR customer information display system. This integration will guarantee consistency when providing passengers with audio/visual updates about train arrivals and departures.

Sousan Azimrayat, ASL’s founder and director, explains, “iPAM has been designed to integrate easily with all operational and maintenance control systems and allows full monitoring of the PA system and of other station equipment, with faults flagged directly on screen so that prompt action can be taken.”

In terms of network architecture, each main service on the network will have its own virtual private network (VPN) and as part of the overall solution, telent will also install a firewall and a new network management system.

telent will also provide maintenance support from its Pudding Mill Lane depot, with monitoring and management of the network from its 24/7/365 Service Centre based near Canary Wharf.

Evans says, "Over time, other key systems will be bought across to run over the new network, such as passenger information displays on station concourses, and a train management computer system. Serco Docklands is also looking to deploy IP-based control systems for its numerous video recorders and CCTV cameras, which are expected to total nearly 1,000 by 2012."

Adrian Groves, telent’s General Manager Metro, commenting on the company’s solution said, “In order to provide a truly effective solution, we listened very carefully to Serco Docklands and took on-board all their needs. Our engineers then worked with ASL to set about designing a solution which not only met those needs but also achieved them in the most efficient way. We are delighted that our solution not only addresses Serco Dockland’s two key issues, namely to deliver an improved PA system and a network that can cope with the pace of change facing the DLR, but also does so with one overall IP based solution which is designed with expansion in mind.”

Michael Evans concludes, “Networks underpin everything from an IT perspective so it was important we chose a family of infrastructure switch products which offered flexibility; and a well respected and trusted systems integration partner in telent to deploy them along with the ASL iPAM PA system. Operationally we now have the latest network technology to support the DLR’s well publicised growth, which puts us ahead of many other transport providers in this country.”

Commenting on the contract, Adrian Groves says, “Our expertise gained from working with other rail operators like Tube Lines and Metronet was key to us winning the Serco Docklands contract and we’re already working closely with Serco DLR staff to make the project a huge success.”

telent will be exhibiting at Railtex 2009; the UK’s leading exhibition of railway equipment systems and services, taking place at Earls Court, 10 - 12 March. Visit telent at stand 114 to find out how its specialised services support major Rail and Metro customers in the UK.

About telent:
With annual revenues of over £300 million, telent has decades of experience in supplying a broad range of network and communications services in the UK and Germany. Today, the privately-held company employs over 2,500 people and has one of the largest engineering field forces in the UK. Customers include: Airwave, BT, Deutsche Bahn, EADS, Merseyside Fire & Rescue, the Metropolitan Police, Network Rail, Tube Lines, and the UK Highways Agency.
For more information, see the company's website: www.telent.com

Serco signed a franchise agreement with Docklands Light Railway Ltd (DLRL), part of Transport for London (TfL), in March 2006 to continue to operate, maintain and support the DLR for the next seven to nine years. This extended its contract, first awarded to the company back in 1997.

DLR is one of Britain’s great transport success stories. Now carrying over 67 million passengers annually, it was one of the first light rail systems in Britain, with one of the world’s most advanced automatic train control systems. DLR has recently opened its newest extension to Woolwich Arsenal and 2010 sees the next extension to Stratford International.

Application Solutions are an established leader in the field of PA / VA systems for the transportation and other markets, with an extensive range of analogue and IP products including BS5839, VoiP, Long Line PA and PC/DVA applications. The company has also developed iVENCS, a station management system which is a scalable, cost-effective solution allowing all station subsystems to be controlled through a single 3D user interface.
For more information, see the company's website: www.asl-control.co.uk

This press release was distributed by ResponseSource Press Release Wire on behalf of The Amber Group in the following categories: Computing & Telecoms, Transport & Logistics, for more information visit https://pressreleasewire.responsesource.com/about.