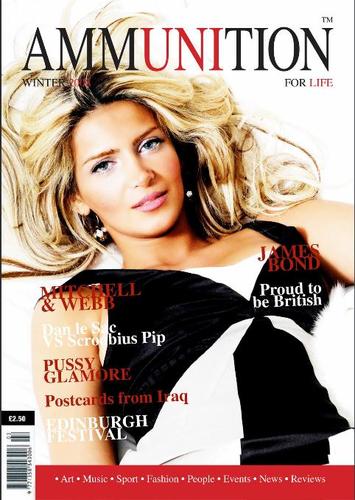 Alex Nall-Cain, son of ‘celebrity get me out of here’ Lord Brocket, has joined forces with Ammunition Magazine to launch a new brand of clothing targeting Britain’s most affluent, stylish and chic young crowd.

AMMUNITION, Named 'Britain's Coolest Student Magazine' By Tatler Magazine, has been gathering steady support since it was launched by 21 year old Storm model, Richard Dinan in 2006. The clothing range will include quality sports gear, stylish casual wear and just about everything you need to hit Boujis. Ammunition team spokesman, Alex Edwards announced; ‘We aim to provide another route for our clientele to buy into the Ammunition lifestyle’ The garments will all proudly display the Ammunition logo - the image of a lion chewing on a polo stick. The Ammunition team includes massively influential society figures and trade professionals and is set to launch in March 2009 and will be available from http://www.ammunitionmedia.com/