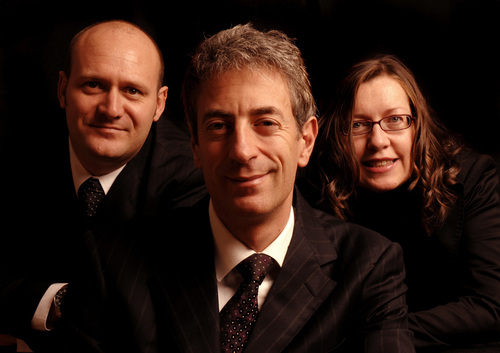 Award-winning Spinoza Kennedy Vesey PR is now SKV Communications as it extends its client offer to include a wide range of online PR as well as traditional public relations services.

The refreshing of the 10-year-old public relations agency’s name comes as it launches new website www.skvcommunications.co.uk based around ‘a more intelligent conversation.’

“SKV is a team of expert communicators - whatever the platform.”

The re-positioning of the Manchester PR agency is led by director Daniel Kennedy, in charge of SKV’s recent online PR and social media campaigns, including the viral seeding campaign for animator AHD’s ‘redundant robot’ AHD168 and SEO-focused news generation for Swinton Insurance.

Says Kennedy: “The challenge for any enterprise is how to hold an intelligent conversation with the growing numbers of individuals, groups and networks which can influence perception.

“The classic PR professional’s skills are as vital as ever: building relationships with key influencers, understanding the agendas, knowing what a story is and how to tell it – whether through the press and broadcast or social media blogs, forums and networking sites.”

“SKV’s new website will be a continual intelligent conversation, and we encourage others to join and participate. It will be a dynamic environment which demonstrates our expertise across all media.”

The site was developed by SKV Communications and online specialists Push On.

For more information call 0161 838 7770 on firstname.lastname@skvcommunications.co.uk


Notes to Editors - About SKV Communications
SKV Communications has a team of directors with more than 50 years experience in media and communications. It employs 16 staff at its Manchester office and turnover year end March 2008 was £1.4m. The agency was formed in 1998, first as Spin Media, by Managing Director Andrew Spinoza, a former Manchester Evening News journalist and founder of Manchester’s City Life magazine. Other directors are Daniel Kennedy and Geraldine Vesey. SKV’s client list includes large private enterprises, professional services practices, public sector organizations, and major financial and corporate companies.