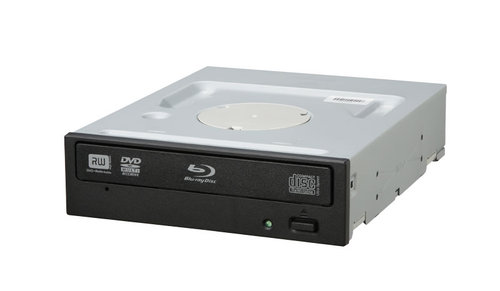 While initial Blu-ray writers were aimed at professional users, the BDR-203BK has far wider appeal. The growing community of consumers with large digital image, HD-video and music libraries will especially appreciate the greater convenience of higher capacity media. For instance, an average feature length movie of 135 minutes of HD footage requires approximately 19.6GB of storage space. This demands five single-layer DVDs – a job that can be managed by a single BD disc. With digital music, depending on the exact compression format, a 50GB BD disc can store around 12,000 digital tracks.

The availability of the BDR-203BK (BK denotes that the product is designed with a black front bezel), follows a strong Christmas season with Blu-ray movies in particular selling well both in the US and key European markets. “Now Blu-ray is cemented as the next generation storage and media distribution format, sales of Blu-ray content and devices have been strong on the back of greater consumer confidence in the technology,” Says Brendan Sheridan, Product Manager, Pioneer Europe NV, Multimedia Division. “The availability of products such as the BDR-203BK with great flexibility in terms of disc compatibility, extensive DL capacities and faster writing speeds adds to the growing momentum behind Blu-ray.”

Proprietary high-quality technologies for both BD and DVD discs
A range of technologies are incorporated into the BDR-203BK to enhance read/write capabilities.

Ultra DRA: suppress vibration when reading and writing, a technology based on know-how that Pioneer has been cultivating in the development of DVD writers.

Multi-Effect Liquid Crystal Tilt Compensator: this advances recording and playback characteristics by adding correction to the laser beam which compensates for disc impurities such as titled media and media of various thickness.

The BDR-203BK (black bezel) will be available on an OEM basis from February 2009.
It can also be purchased through Pioneer’s distribution network. While prices will be set by distributors, unit costs are expected to be in the region of €250.

Pioneer Europe NV is the regional European headquarters of the Pioneer Corporation, a global leader in electronics and audio/video products for the home, car, commerce and industry, particularly in the following core multimedia technologies – digital versatile disc (DVD), plasma display panels (PDP), and in-car navigation and AV systems. Its shares are traded on the Tokyo Stock Exchange.