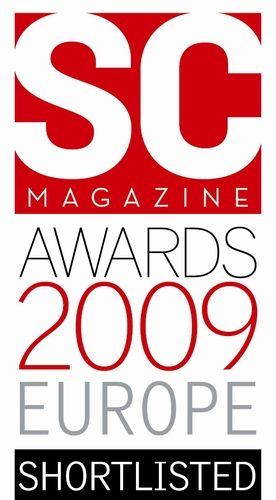 Burlington, Mass, 26 February 2009 - Veracode Inc., the leading provider of on-demand application security testing solutions, announced today that it has been shortlisted in two categories within the SC Magazine Awards Europe. It is a finalist for the Best Vulnerability Assessment Product award (which it won last year) and also for the Best Security Solution for Financial Services. Last year Veracode won two SC Awards in Europe – including the prestigious Technology Innovation award. The Awards are voted on by an international group of senior CSOs. Winners will be announced at the SC European Awards Gala Dinner on 28 April 2009 at the Hurlingham Club in London.

The key judging criteria for any product shortlisted was that it should have made “a significant contribution to genuine technical progress or change in the infosecurity business.

“We are honoured to be recognised by SC Magazine for the second consecutive year,” said Matt Moynhan, CEO of Veracode. “Our success to date both in the US and Europe testifies to the power of on-demand business model and to our innovative approach to providing application risk management. In the current economic climate organisations are placing ever greater emphasis on the need to control their application risk profile and meet tougher compliance requirements. Veracode’s technology and SaaS delivery model empowers organizations to maximize their budget spend and reduce risk without the capital expenditures and implementation costs associated with on-premises hardware and software tools.”

Veracode is the only company to offer application security testing on a software-as-a-service (SaaS) subscription basis. Veracode’s SecurityReview® is the first solution to enable organisations to discover security flaws in software automatically, without releasing their valuable source code. Whether a company is buying or building software Veracode helps improve the security quality of applications without the need to hand over precious intellectual property by providing comprehensive identification and remediation of the security flaws contained in binary code, the very foundation of today’s software applications.

“I congratulate all those businesses and individuals who have been short-listed and look forward to welcoming them to the Awards night in April”, said Paul Fisher, Editor, SC Magazine UK.

About the SC Awards Europe

The SC Awards Europe are widely considered the most prestigious awards programme in the information security industry and stand out as a true benchmark of achievement. Now in their fourteenth year, the Awards have a long-standing tradition of promoting excellence. The 2009 Awards presentation will be held on 28 April at the Hurlingham Club in London. For further detail, visit http://www.scmagazineuk.com/Awards/section/341/

Based in Burlington, Mass., Veracode is backed by .406 Ventures, Atlas Venture and Polaris Venture Partners. For more information, visit www.veracode.com.