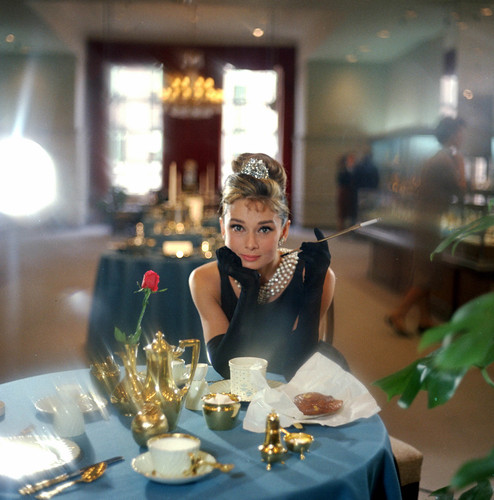 Sky+HD, Sky's fastest growing additional TV product, has revealed that Audrey Hepburn has been named the greatest film beauty of all time, at a time when the faces of stars are scrutinised more than ever, with an ever increasing number of films being screened and re-mastered in high definition.

The result follows a survey conducted on behalf of Sky+HD which set out to discover the cinematic beauties that have stood the test of time and technology. Audrey Hepburn came top of the list, beating strong competition from modern-day sirens such as Angelina Jolie, who came in second in the poll.

Nicola Moulton, Beauty and Health Director for Vogue, commented: "A great cinematic beauty by definition has to look amazing in motion, not just in pictures. Audrey Hepburn is clearly a timeless beauty, which explains why she is the nation's choice, though a personal favourite of mine has always been Vivien Leigh. She was not only breathtakingly beautiful but had an astonishingly expressive face. Unlike many actresses her expressions never run counter to her beauty, which seems an essential point of her being rather than just a quirk of genetics."

Hepburn's perfect bone structure and captivating eyes were voted the key features to her breathtaking beauty. Combined with her grace and poise on-screen, this strengthened her position as the top icon.

Aubrey Day, Editor in Chief for Total Film, commented: "Screen legends such as Audrey Hepburn and Grace Kelly never go out of fashion. You only have to watch Hepburn's Academy Award winning performance in Roman Holiday in high definition to be utterly captivated by her, and this translates in the current technologically advanced age just as well as it did back in the 1960s."

However, the nation isn't united on the ultimate cinematic beauty. Hepburn faced a strong challenge from the alluring Angelina Jolie thanks to voters under the age of 35. This age group voted Jolie top of the poll, edging Hepburn into second place, as they favoured the modern day star.

Further examination into what features make celluloid stunners stand out to men and women also revealed split differences. Males opted for qualities like 'the perfect eyes' and 'figure' when asked to name the all important ingredients of a film beauty, whereas women looked for 'a perfect bone structure', followed by 'grace' and 'poise'.

Notes to Editors:
The poll of 1,805 members of the public was conducted on behalf of Sky+HD between 16th and 23rd January 2009 by TickBox.

About Sky+ HD:
Sky+HD launched in May 2006 and has quickly become Sky's fastest ever growing additional TV product. More than 779,000 homes across the UK enjoy over 11,000 hours worth of Sky High Definition programmes every month, which is almost twice the standard definition output from the UK's five main terrestrial channels.

This press release was distributed by ResponseSource Press Release Wire on behalf of pr-sending-enterprises in the following categories: Entertainment & Arts, for more information visit https://pressreleasewire.responsesource.com/about.