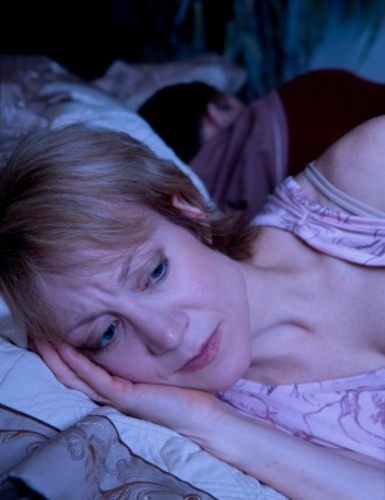 Feeling down in the dumps about the credit crunch could actually be affecting your long term health, according to a collection of the world’s leading researchers, scientists and doctors in a groundbreaking new documentary about getting well and staying well in the 21st Century.

There is no denying that the medical world has seen an increase in people visiting their GP’s for stress related illnesses and a noticeable rise in people suffering from mental health issues believed to be linked to the recession. Last week saw yet more research reveal that insomnia is often a direct result of underlying depression and Harry Massey, producer of the pioneering documentary The Living Matrix believes that thousands more are likely to see their health deteriorate unnecessarily in the coming months due to these underlying negative thoughts and information.

“These are uncertain times and with uncertainty comes a great deal of anxiety, anger and fear. When you have negative thoughts, the wrong information is sent around the body which results in illness. If you can rectify the information and energy flow imbalances, your body stands a much better chance of being able to do what it was built to do, and that is repair itself,” says Massey, who became an avid supporter of bioenergetic and informational healthcare after he was cured from Chronic Fatigue Syndrome with bioenergetic healing.

The Living Matrix is directed by Greg Becker and is designed to challenge the medical community’s thinking on western cures for illness. As well as providing compelling evidence for the power of bioenergetic healing and the Placebo effect, the documentary controversially dismisses genetics as the main deciding factor in illness and discusses how the environment and outside energy information affects our biology and our ability to stay well.

The Living Matrix includes real case studies which reveal how thinking more positive thoughts can prevent and even cure illnesses in a way that the Western World has yet to fully comprehend. And with a string of high profile celebrities including Kylie Minogue turning to bioenergetic healing in times of illness, many are beginning to sit up and take notice of alternative health options. Terminally ill Jade Goody recently revealed that she had started working with a healer and reported noticeable benefits immediately after the treatment, bringing home the stark reality of how the state of mind really can affect the body’s biology.

Information, and how it directs energy in the body, is the most important factor in considering the body’s control system, and in turn, one of the most important influences on the state of our health. The results from bioenergetic research can no longer be dismissed by conventional medicine as the Placebo Effect or spontaneous remissions,” says Massey.

Members of the press are warmly invited to attend the premier of The Living Matrix on March 13th 2009 at Kings College, London. To request a VIP Press Pass, please contact Jessica Suter on 01603 283 503 or email jessica@mediajems.co.uk.

About The Living Matrix

The conference is sponsored by NES and the film is produced by Harry Massey, CEO of Nutri-Energetics Systems (NES) (http://www.nutrienergetics.com) based in Bournemouth, England, and directed by American Greg Becker, president of Emaginate (http://www.emaginate.com), a film and digital video production company in the San Francisco Bay Area.

The film will subsequently screen at conferences in Tuscon, Arizona, in June; Los Angeles, CA, in September; and Amsterdam, Netherlands, in October. It will also be released at smaller seminars around the world and the DVD will be distributed through publishers worldwide.