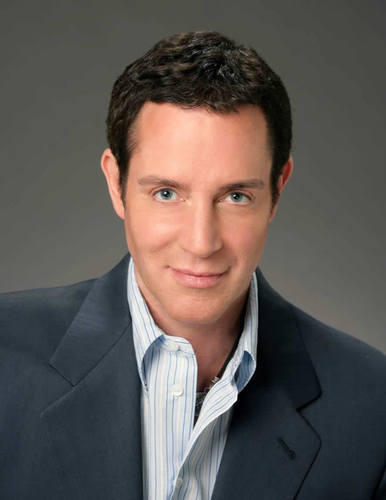 After 18 months, internationally acclaimed healer Eric Pearl is returning to England to mark the launch of a pioneering new film into bioenergetic healing and to offer the evidence-based healing world, and the general public, a rare opportunity to hear him speak at The Science of Healing conference next week.

Pearl, an accomplished author and discoverer of Reconnective Healing, makes a guest appearance in the landmark film The Living Matrix which sees Pearl and a collection of the world’s leading researchers, scientists and doctors come together to challenge the beliefs of conventional medicine and examine the growing evidence that supports bioenergetic healing methods.

Pearl opens the film with the healing story of five-year-old Dimitri, who was born with cerebral palsy, a condition for which there is no known cure. After just four minutes of Pearl’s Reconnective Healing, Dimitri experienced an incredible transformation. For the first time in his life he can now open and close his hands without pain, speak plainly and clearly so that he’s understood by everyone, walk up and down stairs unattended, run, even stand and balance himself on one leg at a time.

The documentary includes three further stories of patients and their healing journeys to recovery by using bioenergetic and informational medicine. “Such results can no longer be dismissed by conventional medicine as the placebo effect or spontaneous remissions,” says the film’s producer Harry Massey.

“What Eric achieved with Dimitri cannot be explained through western views on medicine. Dimitri is one of a building number of cases which prove that in many cases, the body is capable of healing itself without the need for any chemical intervention,“ explains Massey who is an avid supporter of bioenergetic medicine after it helped relieve him of Chronic Fatigue Syndrome which had plagued him for years.

“I am thrilled to return to England and have the opportunity to be involved with such an exciting and inspiring project as ‘The Living Matrix.’ Harry Massey and Greg Becker have produced a fascinating and groundbreaking documentary. It should be seen by everyone who wants to learn more about the science and reality of alternative healing.”

Pearl will speak about his experiences, show how to transcend energy healing and its myriad techniques, and give live demonstrations of the healings on audience volunteers at the Science of Healing Conference on Sunday 15th March at 2.30pm. This will be followed by a book signing and a Reconnective Healing Workshop on Monday 16th March at 2pm. Anybody who wishes to attend the conference and wish to sign up to the workshop are advised to do so as soon as possible as numbers are limited.”

For more information or to attend the conference visit http://www.thelivingmatrixmovie.com/

Internationally recognised healer Eric Pearl has appeared on countless television programs in the US and around the world, spoken by invitation at the United Nations, presented to a full house at Madison Square Garden and his seminars have been featured in various publications including The New York Times.

Based in Los Angeles, Eric and ‘Reconnective Healing’ draw immense interest from top doctors and medical researchers at hospitals and universities worldwide. His patients’ healings have been documented in six books to date, including Eric’s own international bestseller, The Reconnection: Heal Others, Heal Yourself, now in its 30th language.

About The Living Matrix

The conference is sponsored by NES and the film is produced by Harry Massey, CEO of Nutri-Energetics Systems (NES) (http://www.nutrienergetics.com) based in Bournemouth, England, and directed by American Greg Becker, president of Emaginate (http://www.emaginate.com), a film and digital video production company in the San Francisco Bay Area. It can be downloaded from The Living Matrix website and also is available in DVD format (www.thelivingmatrixmovie.com). The film will subsequently screen at conferences in Tuscon, Arizona, in June; Los Angeles, CA, in September; and Amsterdam, Netherlands, in October. It will also be released at smaller seminars around the world and the DVD will be distributed through publishers worldwide.