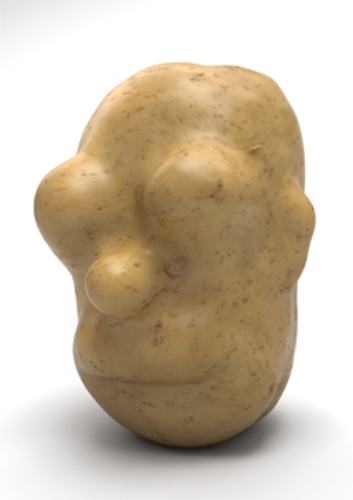 A UK based gadget and unusual gifts website has reported a near 400% increase in the sale of its unique grow your own willy shaped chilli kits as Brits shake off the economic doom and gloom and send each other comedy April Fool's Day gifts.

Despite the recession, Britain still has a sense of humour, no matter how crass it may appear to be. Sales of ‘Chilli Willy Grow Kits’ have risen by 370%, meaning that as far as this year’s April Fools’ Day is concerned, its victims won’t find out that they’ve been targeted until after the seeds sprout and the chilli has grown.

Sales of ‘Chilli Willies’ from www.ShinyShack.com in the last two weeks have increased by nearly 400% compared to figures from the same time last month, as practical jokers aim to shock unsuspecting friends, colleagues and loved ones from this April Fools’ Day.

The seeds, which sprout in just 2-3 weeks and fully fruit around 6 months later, grow into a collection of edible chilli penises – guaranteed to cause a reaction from recipients!

ShinyShack assert that fate no longer has to play a part in shaping rude or funny vegetables, further evidenced by pranksters cheekily buying ‘Grow Your Own Homer Simpson’ potato seeds, which start out life innocently enough before growing into the safe-to-eat bulbous face of none other than Homer Simpson.

The Homer potatoes have also sowed the way for the engineers behind these creations to craft the face of Elvis Presley potato-style, devising ‘Grow Your Own Elvis’ kits. Before getting all shook up about eating the vegetably-likeness of the King with your Sunday dinner though, ShinyShack mentioned that they will not be available until weeks after April Fools’ Day.

Tamer Shafik, MD of ShinyShack.com and on Twitter @ShinyShack said,

“If phallic chillies and funny-shaped potatoes don’t make you smile and forget the economic worries for a moment, I don’t know what will… Imagine planting these seeds in a loved one’s garden – they’ll think you’re being nice and doing them a favour, but a short while down the line, they’ll be uprooting them and trying their luck with TV because their ‘potatoes just happen to look like Homer Simpson’, before realising it was all one big ploy!

“All the best joke offensives have a bit of ground work behind them.”

ShinyShack sell a huge range of fun gadgets and gizmos, and is based in the South West of the United Kingdom.

If you would like any samples of any of the products on ShinyShack, including chocolate that is as delicious as it is hard to find in the UK, please feel free to get in touch.

- ShinyShack has a huge range of unique, hard to find products guaranteed to make you smile
- Same day dispatch guaranteed
- If it says it's in stock, IT'S IN STOCK
- Always adding new product lines