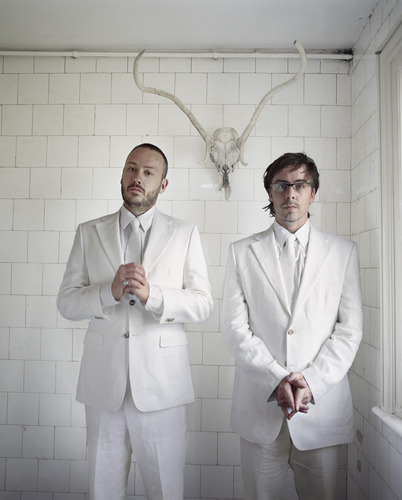 The International Music Summit is shaping up as a force to be reckoned with, with just under 150 delegate badges left available, inventive panel discussions with leading industry figures announced, intimate evening showcases and now a spectacular grand finale to open the summer season.

The three-day music summit, which will be held at the Ibiza Gran Hotel from the 27-29th May 2009, will culminate with a dazzling live event at the stunning location in Ibiza's Dalt Vila. This famous UNESCO World Heritage site will set the spectacular backdrop for the IMS: 09 Grande Finale with a live show featuring the Grammy & Brit award winning Basement Jaxx playing an exclusive live set alongside emerging electronic act The Filthy Dukes. DJs include a rare set from Richie Hawtin outside of Cocoon / Amensia, plus BBC Radio 1’s Pete Tong and Rob da Bank.

The IMS have announced that 700 tickets will be available to the public for this landmark event. The IMS:09 will be the first international contemporary music event to take place within the historic Moorish walls of the old town, overlooking the Mediterranean, and annually home to the Ibiza Jazz Festival. The Consell Insular d'Eivissa (Ibiza local government), are co-sponsors of the IMS: 09 event, sending a strong message of support and approval to the electronic gathering.

Basement Jaxx, famous for their flamboyant live stage shows, will perform fully live to kick-start their summer tour. It will act as a first opportunity for anybody to see the new show. The band state:

"We're delighted to have been asked to close the Grand Finale of the International Music Summit 2009 inside the castle at the top of the old town of Ibiza. To play such a spectacular and intimate venue on the island where we've had so many good times was a temptation we couldn't turn down. What a brilliant way to kick off summer 2009!" – Felix & Simon, Basement Jaxx

Basement Jaxx will also appear at the IMS summit itself, being interviewed by Pete Tong in front of the electronic industry; about how they’ve made the step from parties in Brixton to Brazilian festivals to become one of the most successful dance acts to emerge from the scene in the last 20 years.

Pete Tong states: “This is my only performance of the Ibiza opening weekend and after three days of intense debate; it will be a night to celebrate. To see the Jaxx in the most historic location on the island will be a moment to remember. Sunset in Dalt Vila will never be the same.”

IMS summit content is shaping up nicely too; with additional speakers being added to the already impressive line-up. With no doubling up of panels to create focus, they are gaining a well-deserved reputation for helping to shape the future of the electronic music scene. Latest speaker additions include Mark Selby, the Vice President of Nokia Multimedia worldwide, who has history with Ibiza after creating the first ever mobile phone initiative in Ibiza in 1999 with IMS partners Ben Turner and Pete Tong. In addition, Ted Cohen from TAG Strategic will feature in a presidential style debate. Cohen was formerly Vice President of Digital Development at EMI. Martin Morales from Disney Music Group joins the synch session, whilst the legendary audio genius behind Funktion 1, Tony Andrews, will also speak about the increasing importance of educating about good sound to the IPod generation. Other names of note include artist Mark Knight, plus representatives from The Big Chill, AEG Europe, Ingenious Media and BBC Radio 1. The full list of new additions is:

Tom Middleton has now been confirmed as the official IMS blogger in conjunction with Beatport. He will write live on the Beatportal website as the debates rage with his personal views and insight.

IMS has also announced that on the first and second nights of the summit (Wednesday & Thursday), labels Rekids, Toolroom, Pacha Recordings and CR2 will host intimate showcase events at the Grial venue, located opposite the main Ibiza Gran Hotel. Three labels will showcase at each party.

Help shape the future of electronic music and get to the International Music Summit 2009.

Tickets for the Grand Finale and the International Music Summit are available at www.internationalmusicsummit.com