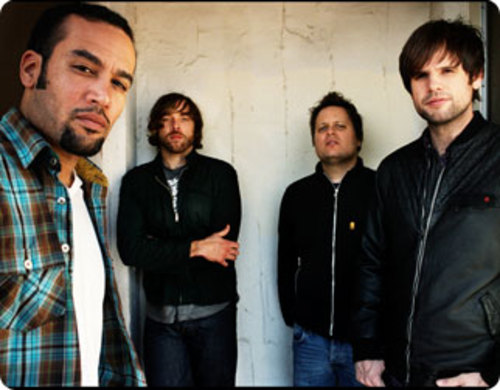 We thought, this is a new band, a new opportunity, a new energy. Let’s earn it the way that new bands do…let’s play clubs

RELENTLESS7 HEAD TO LONDON FOR THEIR FIRST UK GIG

Coming off an incredible showing at this year’s SXSW including a headlining performance at Stubb’s, an over-capacity crowd at DirecTV’s “SXSW Live,” and a legendary taping of Austin City Limits, BEN HARPER AND RELENTLESS7 proudly announce the release of their debut record, White Lies For Dark Times on 27th April on Virgin Records. The album will be available as CD, deluxe CD with bonus DVD, digital download and 180-gram 2xLP. Rolling Stone calls the new album “an 11-song set soaked with hard rock and Delta Blues.”

Ben Harper and Relentless7’s energetic live performance is the heart of the band. In December 2008, the band embarked on a highly successful short club tour with a handful of dates in California and New York. “The band’s combined force was almost too big for the room,” RollingStone.com said of the band’s intimate performance at Spaceland in Los Angeles.

The sweaty, gritty and energetic vibe of the clubs proved to be an incredible match for the band’s new hard-hitting sound, and they are pleased to announce their return to the road on a larger club tour which includes UK dates. “We thought, this is a new band, a new opportunity, a new energy. Let’s earn it the way that new bands do…let’s play clubs, let’s play small places,” said drummer Jordan Richardson.

Ben Harper & Relentless7 are part of the Hard Rock Calling line up on Saturday 27th June, performing alongside Neil Young, Fleet Foxes and The Pretenders.


BHR7 History:
Harper met guitarist Jason Mozersky in the late nineties, when the lead singer of
Mozersky’s then band, WAN SANTO CONDO was working as a van driver shuttling bands back and forth to the venue for a Texas promoter. He asked the then captive Ben Harper, “Can I play you my demo?” Harper obliged, and in his own words “was blown away,” and helped the band secure a record deal and release an album on Everloving Records. The band broke up after one record, but what survived was a lasting friendship between Harper and Mozersky. In 2005, Harper invited now long time friend Mozersky to lay down guitar work on a track during the recording sessions that would become a double record entitled Both Sides of the Gun. Mozersky brought along bass player Jesse Ingalls and drummer Jordan Richardson and the session would spawn not only the song
“Serve Your Soul” but the framework for Relentless7.

To reignite the chemistry discovered during the Both Sides of the Gun session, they reunited in the summer of 2008 just to jam and write songs together, and emerged with a new sound and enough tracks for an album. White Lies For Dark Times is a timeless rock record, with a cohesive collection of music that is as raw, unrelenting and thunderous, as it is arrestingly haunting and emotional.