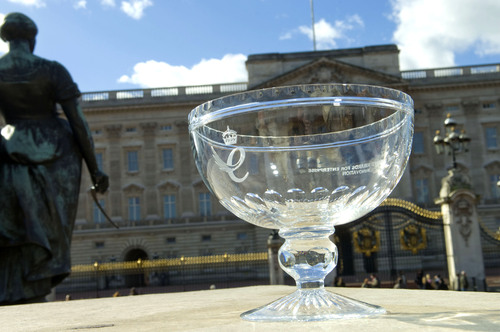 These inspirational firms have proved they are amongst Britain’s very best businesses.

A record number of companies from across the UK, large and small, are today (21 April 2009) named as winners of The Queen’s Award for Enterprise 2009 – Britain’s highest accolade for business success.

A total of 194 Queen’s Awards have been announced this year, the largest number awarded in 44 years of the scheme. Before today, the record number of Awards made in a single year was 175 in 1990.

Overall, 135 companies have won Awards for International Trade, 49 for Innovation and 10 for Sustainable Development. In addition, 11 individuals have received The Queen’s Award for Enterprise Promotion (QAEP) for their inspiring efforts to encourage UK entrepreneurship. The full list of winners can be found on the Queen’s Awards website (www.queensawards.org.uk) from 21 April 2009.

As ever with The Queen’s Awards, winning firms cover a vast range of business sectors including architecture and design, building and construction, motoring and transport, electronics and technology, manufacturing and engineering, law and finance, tourism and leisure, medical and pharmaceuticals, food and drink, oil and gas, media and marketing, metals, plastics and packaging, safety and surveillance, printing, recycling, logistics, utlities and more. They range from enterprising small businesses with as few as two employees to household names such as BBC Worldwide Ltd, transport firm Arriva plc and fashion company Paul Smith Ltd.

“I heartily congratulate all today’s winners of The Queen’s Awards. These inspirational firms have proved they are amongst Britain’s very best businesses. They are flying the flag for British enterprise, innovation and corporate responsibility, both here and abroad. They have achieved the UK’s most prestiguous standard of business excellence, and set the standard for other businesses to follow as they help lead Britain out of recession.”

The UK’s Special Representative for International Trade and Investment, HRH The Duke of York, said:
“I’m delighted to see so many companies applying for, and winning, The Queen’s Award for Enterprise this year. Over the years, I’ve visited many Queen’s Award winning firms, and have seen first hand just what a boost this Award brings to their business and their employees. My sincere congratulations to this year’s record haul of winners, and the individual recipients of The Queen’s Award for Enterprise Promotion, for their exceptional achievement in gaining this prestigious Award.”

Minister for Trade & Investment, Lord Davies of Abersoch, said:
“A Queen’s Award for Enterprise is an internationally-recognised symbol of business success. It is a standard that I believe all good businesses should aspire to. Past International Trade winners consistently tell us how their Award has helped open new doors for their company overseas. The fact that more firms than ever are now applying for The Queen’s Award shows what a remarkably valuable endorsement this Award continues to be around the world.”

Winners of The Queen’s Awards enjoy widespread publicity, a company visit by a Royal representative during the year to present a crystal bowl and a special reception at Buckingham Palace in July. They are also entitled to use The Queen’s Award Emblem in advertising, marketing and on packaging for a period of five years as a symbol of their quality and success.

In a recent survey of 2008 Queen’s Award winners:

1. A full press book of winners, including 100 word descriptions on all 194 business Award winners and 11 recipients of The QAEP is available on request from Nick Vellacott or Ellen Durrant at Highlight PR

4. A selection of hi-res imagery including The Queen’s Awards Emblem is available for press to download on the official Queen’s Awards Image Library at www.prshots.com/queensawards. Alternatively contact Highlight PR.