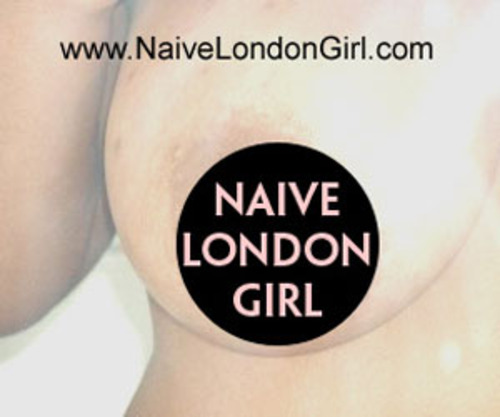 With a monthly audience of 200,000 the show is currently number one in its genre on iTunes

They’re the most listened-to sex show this side of the pond. Sex with Naïve London Girl celebrates 200,000 downloads this month.

In celebration for this glorious achievement, the Naïve London Girls are giving away one set of 2 Eurostar tickets from London to city of love, Paris.

All you have to do is answer a few short questions about the podcast.
Questions are also located here: http://www.naivelondongirl.com/

1. What did Wanda’s flatmate leave in the freezer before he moved out?
2. At what age did Anjelika lose her virginity?
3. What channel 4 show was Anjelika featured in?
4. What mean thing did Anjelika do to the BFE?
5. What radio presenter did Anjelika have net sex with?

All answers (aside from the bonus) can be found in various Sex with Naive London Girl Podcast episodes. http://naivelondongirl.mevio.com/

Bonus: Who is the celebrity that asked Anjelika to use a strap-on?

And send your answers into contest@naivelondongirl.com

Sex with Naïve London Girl is a weekly audio show about sex and relationships. With a monthly audience of 200,000 the show is currently number one in its genre on iTunes.

The show follows the lives of the single gals American Anjelika Jinx and comedienne Wanda Keenan as they date their way though London looking for 'the one' all while having lots of sexy fun along the way.

The conversation is honest, frank, explicit and funny. Topics include, secret sexual fantasies, dating shy men, dating married men, online dating, swingers clubs, and generally it’s like to be a single 30-something in London. Best-selling author Suzanne Portnoy is an occasional guest on the show; adding another dimension of experience, sensuality, straight-talk and dry humour.

Although the core fan base of Sex with Naïve London Girl is in the UK, the show boasts an international audience in the US, Canada, Germany, Australia, New Zealand, France, Italy and Ireland.

Nothing naïve about Muck and the Wanda Keenan [UK iTunes]

Since hearing Mucky and the Wand, as I call the two presenters, I have litereally been in fits of laughter. The pods are really not for the faint-hearted or the easily offended. It’s raucous bawdy, hilarious, insightful and most of all highly addictive. I have downloaded ALL the shows and have allowed others at work to have a listen to them as well. This week I have passed on the name of the podcast, because I think it deserves a wide and diverse audience. Than you sexy Muck and darling Wanda, for putting a huge grat big smile on my face.

Eat Your Heart Out Carrie Bradshaw [US iTunes]

Naïve London Girl is what Sex and the City wanted to be. No holds barred. Gritty thoughts of one of the great entertainers of the future. I can’t wait for the book, with a movie of TV deal sure to follow.

Synopsis: Hip New York Chick, Anjelika is a woman on the prowl. Working in London for a television station she embarks on a series of sexual adventures with a cast of eccentric people in her life: the married transvestite boss, the famous BBC DJ, Humbert Humbert, the Television Presenter, the Doppleganger, Heart-Attack Man, Grandpa, Mr. Talk Radio and the man she absolutely adores, her married lover the B.F.E. (Best F**k Ever).