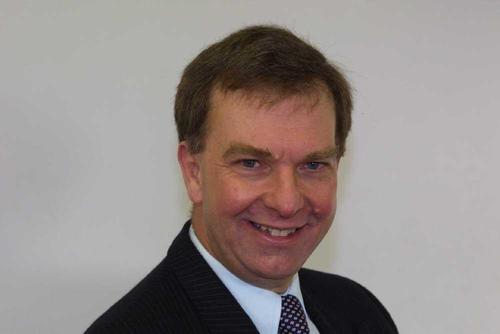 Building in timber frame has just taken a quantum leap by SupaWall® being awarded a British Board of Agrément Certificate. The construction and use of buildings represents half the energy we consume and thus is a key issue in global warming and climate change. Similarly, with the rapid changes in Building Regulations, the Code for Sustainable Homes and Energy Performance Certificates, it is essential to consider future proofing all new homes, buildings and developments. One of the most important aspects is the thermal efficiency of the complete building envelope. The latest advances are so high performing that they can negate the need for conventional central heating providing exceptionally low fuel bills. And we all know fuel costs only ever seem to go in one direction – up!

Bryan Woodley, former Chief Executive of the UK Timber Frame Association and now a Director of SupaWall Limited observes: “It is good news that a British invention and one of the most advanced timber frame systems in the world, SupaWall®, has been awarded a British Board of Agrément Certificate. We decided to take this important step because the SupaWall® high performance closed panel timber frame system is such a significant advance on the traditional open panel products currently in use.”

SupaWall® is extremely thermally efficient and independent testing by the National Physical Laboratory has confirmed a u-value of less than 0.12 W/m2K for 140mm stud SupaWall® - with external cladding the u-value is usually 0.11 W/m2K. With the many other advantages associated with modern off site construction as highlighted by Sir John Egan; SupaWall®, SupaRoof™ and SupaFloor™ have been developed to provide the complete building envelope with this world class performance. The SupaWall System® may also be used both for refurbishment projects and as infill panels in multi-storey building structures. The system can be used with any form of interior and exterior cladding, making it very flexible in terms of architecture, design and usage.

Philip Price inventor and owner of the patents for the SupaWall System® notes, “Our vision is to make SupaWall® widely available as it has the potential to significantly reduce energy and carbon consumption in buildings and allow ordinary families to dramatically reduce their heating bills. Rather than just sell this commercially, I have decided to offer my concept on an attractive Licensing basis”.

Licensing arrangements are being developed so that SupaWall® is available UK-wide and two of the leading timber frame manufacturers, Maple Timber Frame of Langley and Scotframe Timber Engineering have already signed up. World-wide options are now being considered.

Already over 200 homes and buildings have been constructed proving the concept in practice. As well as self-builders and private developers, much interest is now also being expressed by Housing Associations as SupaWall® can assist them in the fight against fuel poverty.

A. Philip Price and Bryan Woodley are available for interviews.

The key component of the patented SupaWall System® is a closed timber-framed panel; comprising of studs sheathed both sides with oriented strand board and factory injected with polyurethane foam insulation. The interior side of the panel is faced with a heat reflective membrane and an air gap is left between it and the internal wall cladding to form a service zone; the exterior side is faced with a breathable waterproof membrane and 50mm of cavity insulation. The polyurethane foam has a zero–rated ozone depletion potential, global warming potential of 1 and is CFC/HCFC/HFC free. Panels are joined by a patented interlocking system giving incredible strength and speed of build. With factory fitted windows and doors, a bungalow in Dundee by Brown Construction was recently site assembled so that it was wind and watertight in two hours.

SupaWall® gives an economic and straightforward solution for The Code for Sustainable Homes at all levels as well as the PassivHaus approach. The independent BBA assessment (no other timber frame system has undergone such an examination) has also reviewed its capabilities in terms of structural performance, condensation risk, behaviour in relation to fire, sound insulation and durability.

E. A wide range of high resolution images are available on request. These include: