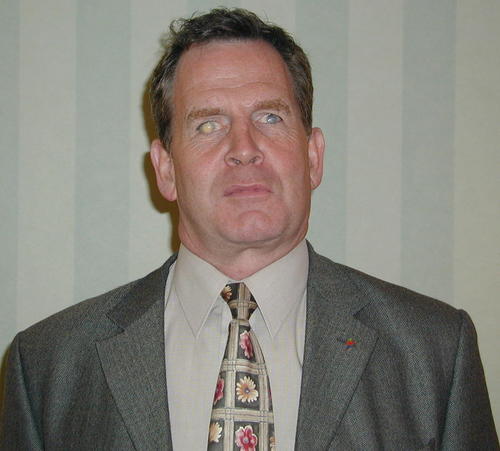 For people with a visual impairment or with mobility problems, making using the Internet tough, ipadio has the potential to be really liberating

Creative digital agency Nemisys, with its newly launched subsidiary ipadio has appointed outstanding sports and charity figure Mike Brace, OBE, to its board. Currently CEO of VISION 2020 UK, the umbrella organisation promoting collaboration and co-operation between the UK voluntary visual impairment bodies, health sector and statutory services, he was a member of the Board of the successful 2012 Bid Team and was a full board member of the London Organising Committee until February 2009. He was Chairman of Paralympics GB from 2001 to 2008, is a Trustee of The Primary Club and the Disability Sports Development Trust and was awarded the OBE for Services to Disabled Sport in the 2005 New Year’s Honours List.

“I am hugely impressed with the company’s newly launched application, ipadio. Being able to broadcast live to the Internet, on any phone, anywhere, is great for anyone. For people with a visual impairment or with mobility problems, making using the Internet tough, ipadio has the potential to be really liberating,” said Brace. “Nemisys has a strong pedigree in really workable on-line solutions for both sports’ organisations and charities and their ethos is very similar to my own, so joining the team is something I can be proud of.”

“The advantages to us of having an inspirational figure such as Mike on our board are self-evident,” said Mark Smith, CEO of both Nemisys and Ipadio. “His sporting and charity credentials, connections and track record would be hard to top, and today marks a major step forward: we believe that he can help us achieve our extremely ambitious plans.”

By visiting www.ipadio.com/mikebrace, journalists will be able to pick up a recorded interview with Mike, and, should they wish to use it themselves, may embed the code within their own sites as they see fit.

Mike Brace has been appointed non-executive director of both Nemisys and its subsidiary, ipadio.

Blinded by a firework aged 10, Brace was National Champion at race walking for many years and still holds many of the records for a totally blind walker. He represented Great Britain at cross-country skiing in the first Winter Paralympics, 1976, and then in a further three World Championships, five Paralympics and two European Championships.

Brace managed the GB Cross-Country Ski Team from 1988 until 1994, and was a Chef de Mission for the Great Britain Team for the 1998 Winter Paralympics in Nagano, Japan and Head of Delegation at Paralympics, Salt Lake City 2002, Athens 2004, Torino 2006 and Beijing 2008. He has also managed athletics teams in European and World Championships, and was the Manager for the first England Blind Cricket Team.

He has helped establish national sports bodies for the disabled including British Blind Sport, British Ski Club for the Disabled and the British Paralympic Association. He has also served on a number of working parties such as the Board establishing the new national anti-doping organisation (UKAD), Sport England’s Strategy Group and Metro Sports Club for the Blind. This Club, which he founded, has been cricket National Club, League and Cup Champions many times.

Brace regards his main sporting achievements as completing two London Marathons, two ski marathons (Norway and Switzerland) and, the most tiring, the Devizes to Westminster Canoe Marathon (over 125 miles). As an active after dinner speaker, he has raised in excess of £300,000 for his various charities, and became a Governor of the University of East London in September 2006. His first book, Where There’s A Will, was published in 1981.

Nemisys (www.nemisys.uk.com) is a creative digital agency, developing effective web sites and online applications. Nemisys has a strong record of delivery in numerous sectors, notably with charities, education, government and sports organisations. Formed in 2001, with a turnover of £1.6 million per annum, it has 20 staff, all of whom are automatically CRB checked.

Nemisys’ portfolio of sports clients ranges from government bodies to commercial sports organisations, from grass roots clubs through to Olympic bodies, across a range of sports from athletics and golf through to angling and diving. These customers include 25 School Sports Partnerships (SSPs), 14 County Sports Partnerships (CSPs) and a wide range of governing bodies including Sport England and the British Paralympic Association. Practical and user-friendly, Nemisys projects have often been identified as beacons of good practice, winning awards for their commissioning organisations or being replicated across the country.