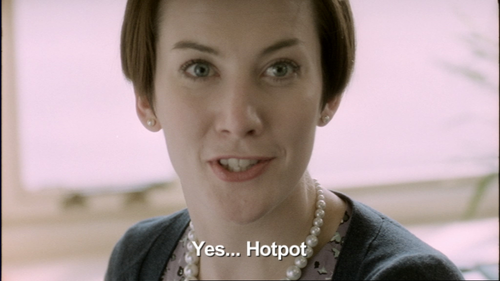 A charming continental side to Blackpool often missed by its 10m visitors a year, is revealed in a new promotional film made by the holiday town’s tourism chiefs.
Known for its rollercoasters and world famous illuminations, the iconic UK holiday resort is harnessing the power of YouTube and a sexy French accent to attract visitors who may have traditionally felt that Blackpool was not for them.

visitBlackpool believe the film will help attract French tourists, with greater numbers predicted to visit the UK this year on the back of the strong Euro. Blackpool stands in for Paris in the one and a half minute film J’aime La Tour which will surprise viewers with its wry humour and marriage of Lancashire and Parisian landmarks and cuisine.

Like all UK resorts, Blackpool predicts that the strong Euro means cash-strapped Brits will also make 2009 the Year of the Great British Holiday. Sunshine and blue skies helped Blackpool record its highest visitor figures in ten years this Easter as Brits headed to their favourite coastline.

The competition to entice UK holidaymakers to British resorts will be tougher than ever, so tourism marketing agency visitBlackpool has commissioned a mini-drama filmed for YouTube to woo new funseekers to Blackpool’s sandy shores.

J'aime La Tour is set in a smart Parisian-style art deco cafe in Blackpool's stunning Stanley Park gardens, and uses flashbacks to build a story around a chic French girl's fear of leaving the town she has fallen in love with.

The Blackpool film reveals a vibrant and colourful town with quintessential Victorian seaside architecture and sandy dunes which might surprise both Blackpool regulars and those who have not yet visited.

While an exciting national TV advert is currently showcasing the thrilling rides and entertainment on offer this year, the film aims to change outdated perceptions of what Blackpool has to offer and encourage them to visit the “new” Blackpool and see the many initiatives taking place.

Helen France, Executive Director of Tourism and Regeneration at Blackpool Council said; “The great weather, coupled with the variety of quality attractions for families, the youth market and the older generation has brought a surge of visitors to Blackpool over the recent Bank Holidays. In the year so far, numbers are up by 20%, giving a strong indication that people are choosing to Staycation in the UK over the summer.

“Blackpool has a very positive message to tell – and with this year being billed as the British holiday comeback we’ve made sure that Blackpool has a huge amount to offer. Social networking sites like YouTube will help ensure that we get the message out to young people and new audiences planning a day out or weekend break this summer season.”

The film was supported by the Northwest Regional Development Agency (NWDA). Peter Mearns, Executive Director of Marketing and Communications at the NWDA, said: “Blackpool is reinventing itself as a 21st century resort and has seen huge investment over the past few years; from five star guest houses to beach volleyball, the new Blackpool has plenty to shout about. This quirky short film will encourage people to think again about the resort and discover a new side to Blackpool for themselves.”

visitBlackpool has produced a series of high profile events in the resort to keep the destination front-of-mind throughout 2009 including out2dance, the world’s largest outdoor dance festival, European Beach Volleyball championships and World Fireworks Championships. A launch to celebrate achieving cycle town status is also scheduled at the beginning of the summer.

visitBlackpool has been working with the local tourism industry partners to upgrade and modernise the town's guest house, hotel and B&B provision. As well as a growing number of boutique hotels such as The Big Blue Hotel at South Beach, Blackpool now boasts a new, upmarket breed of B&Bs including the famous Number One B&B, also at South Beach, and is seeing the emergence of more sophisticated self catering guest houses such as The Beach House at Bispham.

Significant milestones in Blackpool’s transformation into a year-round resort have recently been given the green light with a £220m scheme to regenerate a neglected area of the town into a welcoming family-friendly gateway. The Talbot Gateway development project covers ten hectares around Blackpool North station and Talbot Road and could involve over 1.7m sq ft of commercial development, with offices being complemented by a new supermarket, hotels, shops, cafés and restaurants.

Developer Modus completed the £150m Houndshill Shopping Centre in summer 2008 and building of the Tower Festival Headland, designed to create an open-air performance and events space to accommodate 20,000 spectators, is currently underway.

Further elements of the transformation include construction of the Central Corridor Phase II with the aim of improving the arrival experience in to Blackpool and the completion of the Southern Gateway project providing renovations and upgrades which included improved sea defences, refurbishing existing walkways and facilities and installing new artworks to revitalise the area around the South shore.