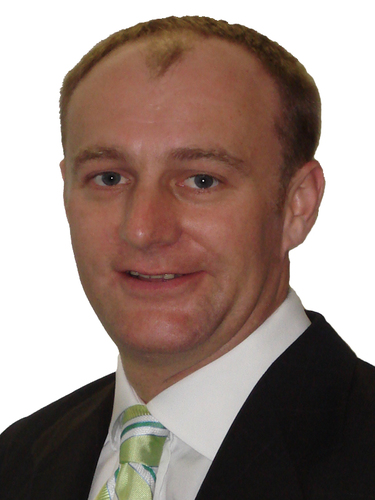 - 67% of consumers believe their security details are at risk

Maidenhead, 27th May 2009 - According to a new study by Sydney-based research company, callcentres.net Australian consumers are becoming increasingly concerned about issues of security and
the methods organisations use to verify their identity.

The 2009 Salmat VeCommerce Identity Verification Study highlights consumers' fears that traditional PINs and passwords do not provide adequate protection of their personal information, with 67 per cent of consumers Down Under reporting that they believe their security details are at risk.

Just over half (51 per cent) felt that someone else may be able to accurately guess their password, PIN or security details for interactions over the phone, while 59 per cent said they believe someone else may actually know these details.

General Manager EMEA at Salmat VeCommerce, Brett Feldon, commented "These figures are high but are by no means surprising when you consider the widespread reliance on passwords and PINs and the increased consumer awareness about how these can increase exposure to identity theft. When it comes to tackling fraud, Australia represents one of the most advanced countries in the World. Already some of the largest Australian insurance companies are using tools such as voice biometrics to replace the vulnerability of passwords and many of its leading banks are preparing to roll out the technology within the next six months. While this is good news for Australian consumers, it also begs the question why the UK is lagging behind."

"An increasing number of consumers in the Australian market believe that conventional forms of identity verification, such as PINs and passwords, are becoming more vulnerable to fraud, theft or misuse," said Paul Magee, Managing Director of Salmat VeCommerce. "These concerns are focused around the ease with which the personal information can be guessed, the possibility of information being stolen and the use of technology to hack information."

In the same study conducted in 2008, 15 per cent of Australian consumers considered the use of passwords in the identification process as 'very' or 'extremely' vulnerable. In 2009, this figure increased to just over one in four consumers (27 per cent). The main reasons for consumers' fears about the security of their passwords were that they can be easy to guess (51 per cent), technology can be used to hack information (17 per cent) and information can be stolen or call centre staff can be dishonest (12 per cent). Around six in 10 respondents (57 per cent) reported that they find having to remember multiple PINs and passwords frustrating. A significant proportion of consumers (41 per cent) had to remember a password or PIN for more than five different organisations. Over the past 12 months, 78 per cent had forgotten a password or PIN on at least one occasion and were required to divulge additional personal information to confirm their identity.

The most preferred method of verifying identity was biometric voice identification, a technology that enables a person's identity to be authenticated using the unique characteristics of their voice. This was favoured by 45 per cent of respondents, followed by PIN (21 per cent), password (18 per cent) and personal details or history questions (16 per cent).

The survey indicated that consumers would also be prepared to deal with more complex processes as a trade-off for increased levels of security. In 2008, 64 per cent of respondents said they would ideally like a 'fairly' or 'very' complex security process when being identified by organisations. In 2009, this increased to 75 per cent.

"More than ever, consumers are keen to ensure that their personal information is protected," said Magee. "If this means the process is a little more complex, that is a sacrifice that most people are happy to wear. Their paramount concern is that this information is dealt with in an appropriate way and that they retain control over it as much as possible."

The survey found that 67 per cent of Australians are concerned about fraud and identity theft (up from 63 per cent in 2008), while 62 per cent have become more careful about sharing their personal information over the past couple of years (up from 58 per cent in 2008). It also revealed that 56 per cent of people felt uncomfortable providing personal details over the phone to a call centre representative.

An alarming 37 per cent of the survey respondents had either experienced identity fraud or theft themselves, or had a friend or family member who had fallen victim to these crimes.

Online surveys were completed by 203 Australians for the study, which aimed to understand consumers' attitudes towards processes used by organisations to verify identity.

For more information or to download a full copy of the survey visit - www.vecommerce.co.uk

About Salmat VeCommerce
Salmat VeCommerce, a Salmat company (ASX:SLM), assists organisations deliver exceptional customer interactions. This is achieved through a detailed analysis of existing customer processes and the development and provision of applications that utilise speech recognition, voice biometrics and other related interaction technologies.

Salmat VeCommerce has developed voice self-service solutions since 1998 and today is one of the most experienced and successful application developers and systems integrators in the industry focusing on automated and scalable voice enabled caller identification and verification (ID&V) solutions.

The company's focus on research and development and provision of best-of-breed business solutions delivery has rewarded the organisation with a number of industry innovations, including: the first project to develop an Australia/New Zealand phonetic language model, the world's first natural language wagering solution launched commercially, and the first voice self-service real-time credit card bill payment system.

About callcentres.net
callcentres.net Pty Ltd is a research, analyst and online publishing business dedicated to the Asia Pacific contact centre and outsourcing industries, based in Sydney and Singapore. www.callcentres.net