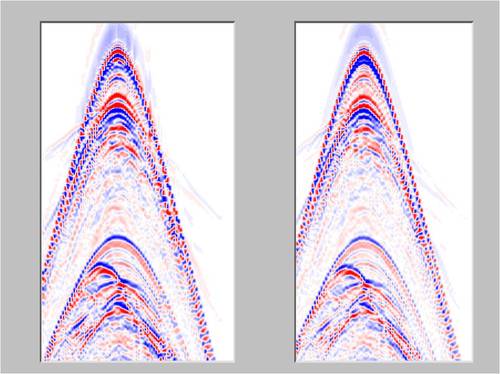 Stingray Geophysical Limited – www.stingraygeo.com - has announced the delivery of successful results from its analysis of data recorded during the final sea trial in the programme to commercialise its Fosar® permanent reservoir monitoring(seismic PRM) system. In addition to demonstrating the excellent geophysical response characteristics of the Fosar system, efficient installation was confirmed.


The offshore test was performed in November 2008. An array of multi-component receivers, deployed in more than 260m water depth, was trenched into the seabed for optimum geophysical coupling and protection from mechanical damage. A fibre-optic riser cable joined the seabed array to an opto-electronic interrogation unit situated on surface facilities. No subsea electrical power is required for the array – a key feature of the Fosar system that makes it inherently more robust and much more reliable than comparable electrical systems in harsh subsea environments.

A vessel, equipped with an airgun seismic source, acquired a 3D grid of shotpoints over the array and the resulting data from the seabed receivers were recorded by the compact interrogation unit. Analysis of these data has successfully confirmed the geophysical performance characteristics of the system, including its low noise floor, high vector fidelity and capability to record seismic signals over an 180dB dynamic range. This range is 1,000 times greater than typical electrical systems, proving that the Fosar system can handle even the largest airgun arrays at close proximity to the sensor.

The Fosar system consists of four-component, passive fibre-optic sensors comprising one hydrophone and three orthogonally-mounted accelerometers per station or Optical Sensing Unit (OSU). The system benefits from a unique, highly efficient, optical multiplexing architecture developed by Stingray to minimise the number of optical fibres required for a high channel-count array. This makes the lightweight system very flexible and easy to install, with less impact on oilfield infrastructure than alternative seabed seismic systems.

By successfully demonstrating the Fosar system deployment, operation and acquisition of seismic data against reference electrical sensors, the results of detailed analysis of the data recorded during the sea trials show that Fosar has achieved all of the objectives of its technology development programme, including the delivery of high-fidelity sensor performance. The system is now commercially available for seismic permanent reservoir monitoring applications.

PRM can increase hydrocarbon production, increase recoverable reserves and reduce operating costs and risk for oil and gas companies. “The benefits of PRM are widely recognised by the industry, but until now, factors including cost, reliability and repeatability have limited its widespread adoption,” said Martin Bett, Stingray CEO. “This sea trial, the final stage in the rigorous qualification and testing programme, has successfully demonstrated the geophysical response characteristics, reliability, scalability and ease of installation of the Fosar system. By “Listening with Light”, Stingray has demonstrated that reliable and cost-effective permanent reservoir monitoring solutions are now available and installable.”

The copyright in the attached image is retained by Stingray Geophysical Limited. However, you are assigned the right to freely copy, distribute and publish in connection with this press release.