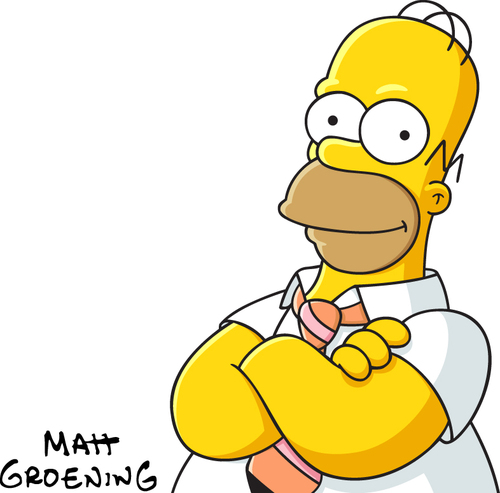 16 June 2009 – Homer Simpson knows how to navigate to the Kwik-E Mart in Springfield, and thanks to TomTom, now he can help you find your way to your favourite supermarket, doughnut store or burger bar in the UK or Ireland.

On the road, Homer’s humorous, encouraging and sometimes unusual advice will guarantee that drivers will not only reach their destination on time, but have a lot of fun along the way. With an insatiable appetite as his motivation, Homer adds his own special words of wisdom for TomTom users, such as, “Take the third right. We might find an ice cream truck! Mmm…ice cream.” With Homer’s unpredictable and comical commands leading the way, drivers are guaranteed an unforgettable journey.

Homer Simpson is the latest character to join the growing line-up of voices available for use on devices made by TomTom, the world’s leading navigation solutions provider.

Damian Woodward, sales and marketing manager, TomTom UK & Ireland, said, “Celebrity voices are the most popular downloads that we offer our customers to enable them to personalise their driving experience. With Homer Simpson’s voice helping them to navigate during their trip, TomTom users will not only travel safely and with less stress, but they will also be highly entertained along the way.”

”Homer Simpson has one of the most identifiable voices in entertainment history,” said Elie Dekel, Fox Executive Vice President Licensing and Merchandising. “We have joined forces with TomTom to help celebrate THE SIMPSONS historic 20th anniversary and will help provide a little levity for those long summer road trips ahead.”

TomTom portable navigation devices guide drivers with audible, turn-by-turn instructions and 3D maps which work straight out of the box, saving drivers both time and money through technical innovations such as TomTom IQ Routes™.

Included on the devices are up to 70 preloaded voices in 36 different languages, and now drivers can have Homer Simpson navigate them to any location, including specific points of interest. Homer’s voice is available for download immediately for £7.95 (€9.95 in Ireland).

Please visit http://www.tomtom.com/simpsons to find out more and hear samples of the voice. Current TomTom users can simply log into their TomTom HOME account to purchase the voice online.

About TomTom
TomTom NV is the world’s leading provider of navigation solutions and digital maps. TomTom NV has more than 3,300 employees working in four business units – TomTom, Tele Atlas, AUTO and WORK. TomTom's products are developed with an emphasis on innovation, quality, ease of use, safety and value. TomTom's products include all-in-one navigation devices which enable customers to navigate right out of the box; these are the award-winning TomTom GO family, the TomTom XL and TomTom ONE ranges and the TomTom RIDER. In addition, independent research proves that TomTom products have a significant positive effect on driving and road safety. Tele Atlas delivers the digital maps and dynamic content that power some of the world’s most essential navigation and location-based services (LBS). Through a combination of its own products and partnerships, Tele Atlas offers digital map coverage of more than 200 countries and territories worldwide. The AUTO business unit develops and sells navigation systems and services to car manufacturers and OEMs. WORK combines industry leading communication and smart navigation technology with leading edge tracking and tracing expertise. TomTom NV was founded in 1991 in Amsterdam and has offices in Europe, North America, Middle East, Africa and Asia Pacific. TomTom is listed at Euronext Amsterdam in The Netherlands. For more information, please visit www.tomtom.com.

About THE SIMPSONS
The longest-running primetime sitcom in television history, THE SIMPSONS exploded into a cultural phenomenon in 1990 and has remained one of the most groundbreaking and innovative entertainment franchises, recognizable throughout the world. Cartoonist Matt Groening created the infamous Simpson family: Homer, Marge, Bart, Lisa and Maggie Simpson -- all now identifiable by their silhouettes alone. “Best. 20 Years. Ever.,” the year-long global celebration honoring all things THE SIMPSONS, recently launched and will culminate on January 14, 2010, the 20th anniversary of the series’ debut.
THE SIMPSONS is a Gracie Films Production in association with 20th Century Fox Television. James L. Brooks, Matt Groening, and Al Jean are the Executive Producers. The Gracie Films Licensing and Marketing Division develops and produces the licensed content for the series. Film Roman is the animation house.

About Locutio Voice Technologies
Locutio Voice Technologies is the world’s number one licensee and developer of celebrity voices for in-car GPS satellite navigation systems. Locutio’s voices are scripted, recorded and performed to the highest standards to both enhance the navigation experience, and ensure that every journey is a truly fun aural event that delights passengers and drivers alike. Locutio delivers real in-car infotainment! Founded in Winchester, United Kingdom in 2004, Locutio continues to create beguiling and original voice content in a number of European languages for a variety of consumer electronics manufacturers. See locutio.co.uk and tomtom-voices.com for more details.