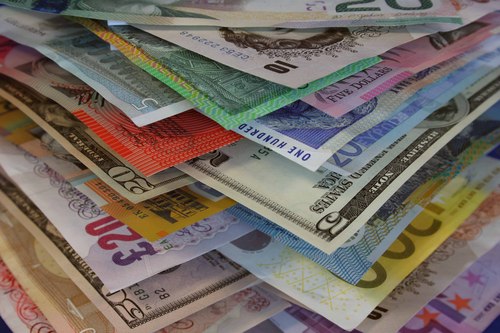 British travellers could be losing up to £975m a year because they are not familiar with local currencies when travelling abroad. Nearly one in three (31%) holidaymakers feel they are being short-changed when shopping on holiday because they do not know their ringget from their ruble. A study released today by American Express Global Foreign Exchange Services reveals they are in fact losing, on average, £15 per person, per trip.

The study* of 1000 members of the British public reveals that 85% of those who believed they were in fact short-changed, could have avoided the financial shortfall when shopping abroad if they had had a better knowledge of local currencies. With 65 million trips** abroad taken each year by UK residents, it is clear the lack of knowledge on currencies is seriously affecting the Nation’s pockets.

A quiz within the study put currency knowledge to the test, with a quarter of women and 12 per cent of men thinking there are fewer than 50 currencies in the world, when there are in fact 176. The denominations people are less familiar with are not just far flung destinations but include holiday favourites. Despite 619,000 UK travellers venturing to Egypt over the last 12 months***, 59% of respondents could not identify the local currency as the Egyptian Pound.

Whilst the United States of America is commonly considered to be one of Britain’s closest allies, the study revealed that 3%, the equivalent to one and a half million**** adults were unable to correctly identify the Dollar as the country’s official currency. A further five per cent were unaware that our close neighbour, France, uses the Euro.

In today’s economic climate, many holiday makers have their eye on the budget when booking a holiday, but it would seem that the frugal attitude is often left behind. Nearly two thirds of British travellers spend more than they have budgeted when on holiday. For six per cent, the reason for this frivolity is treating local currency as ‘monopoly money.’

Top five reasons for blowing the holiday budget
1. I like to treat myself when abroad (51%)
2. I get confused with the conversion of rate when spending abroad (46%)
3. I find things cost more than I expect them to (17%)
4. I don’t realise how much I am spending (8%)
5. I cannot relate the foreign currency to real money, I tend to treat the money as monopoly money (6%)

Helen Grace, VP, American Express Global Foreign Exchange Services said: “The best way to avoid confusion when travelling abroad is familiarising yourself with the local currency before you leave. It can be really difficult to stick to a budget when you are unsure of the currency rate, and some find it hard to think of foreign currency as real money.”

Grace continues: “Over the past year we have seen an increase in demand for exotic currencies and this is a trend that looks likely to remain for the foreseeable future. Holiday makers are definitely travelling further afield and in particular we are seeing uplift in currencies for Central America and Caribbean countries, including the Dominican Peso and Jamaican Dollar. Also, there has been an uplift in demand for United Arab Emirates Dirham and Egyptian Pound. As British travellers look to broaden their destinations and avoid the Eurozone, knowledge needs to increase to help holiday makers avoiding blowing the budget or being caught out by currency confusion.”