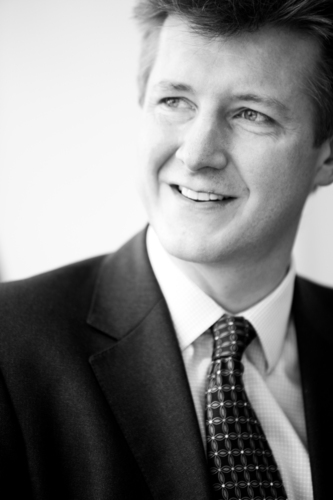 Newly launched, Newcastle based company, Future Transport Systems, FTS, is pioneering the introduction of sustainable transport across the UK having won a number of major contracts to introduce electric vehicles and their charging infrastructure to Britain’s roads.

FTS has already employed 4 low carbon transport and automotive specialists and has ambitious plans to recruit another 6 before the end of the year. The team will be based at the company’s head office in Newcastle and its technical centre in Hethel, Norfolk on the Hethel Engineering Park, a hub for automotive and engineering development.

The company is the UK’s first consultancy specialising in integrating low carbon vehicle technologies with transport and electrical infrastructure. The team is well placed to deliver these projects, as its sister company is leading independent energy consultancy, TNEI Services. FTS will draw a wealth of transferable expertise in electrical networks, systems integration, planning and the environment from TNEI.

One of the key aspects of this work is to analyse and test how electric vehicles could be deployed and to identify and resolve any constraints on their successful implementation and roll out.

One of the projects the team is managing is the ultra-low carbon vehicle demonstrator project, awarded to the North East region by the Technology Strategy Board to deploy electric vehicles in the North East region. FTS is working closely with One North East, Nissan, Smiths Electric Vehicles, Avid, Newcastle University and Liberty to deliver this project.

Commenting on the FTS launch and plans for the future, MD Matthew Lumsden said: "Our goal is to be the leading low carbon vehicle infrastructure consultancy for sustainable transport in the UK and beyond. We are already on course to achieve these goals with a very substantial order book at the company’s launch."

“We expect significant growth in the electric vehicle sector over the next 5 years with many opportunities arising from the parallel development of smart metering, smart networks and renewable generation. These are very exciting times for those of us involved in systems integration and deployment and for those pioneering the new business opportunities that will arise from these new technologies and systems."

FTS is committed to developing a base of low carbon transport infrastructure expertise within the North East. In addition to working closely with the team at One North East on the TSB project, FTS is teaming up with the Universities of Newcastle and Durham to develop design software for mapping out Electric Vehicle (EV) infrastructure.

Margaret Fay, chairman of regional development agency, One NorthEast, said: “The North East has plans that are already well advanced to spearhead the development of electric vehicles.
“FTS has a major role to play in these plans, which will influence the way electric vehicles are used not just in the North East but nationally and internationally.”

Sarah Green, regional director CBI North East said:
“FTS is one of the first of many new businesses that we hope will take advantage of the opportunities created by the Great North Revolution. If the UK is to meet its carbon reduction commitments, Government must encourage the development and take up of electric vehicles. FTS is exceedingly well positioned to advise businesses and Government on how to make this happen and it’s brilliant that entrepreneurs in the North East have recognised this opportunity to develop this new niche consultancy.”

Viv Stephens, head of business strategy, Cenex:
“The emergence of the North East region as an early adopter of electric vehicles reflects the growth of its capabilities in terms of local industry, academia and specialist consultancies such as FTS. As the national Centre of Excellence in low carbon vehicle technologies, Cenex is looking forward to working in collaboration with the North East region’s key partners in the field of electric vehicle deployment. We congratulate FTS on taking the initiative to develop its specialist capability in infrastructure development, which supports the region’s broad objectives in the adoption of sustainable transport solutions.”