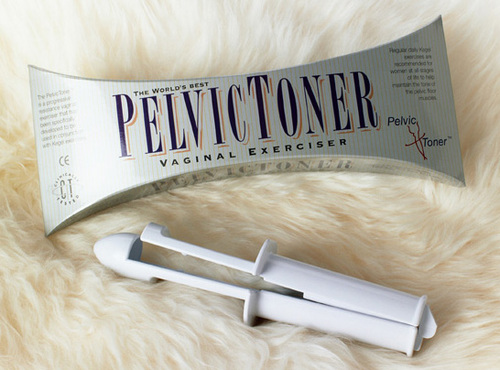 Researchers have known for over 60 years that women need a strong pelvic floor muscle to enjoy better sex and great orgasms!

Over the last few months users of the PelvicToner™ resistance exerciser have been completing a ‘before and after’ survey. 95 women have completed the survey so far and the results are nothing short of amazing:

Why do so few women appreciate the sex benefits of pelvic floor exercises?

Ask any man or woman - sex is just not the same after childbirth - because the vaginal muscles have been stretched and there just isn't that friction and stimulation necessary for great orgasms – for either partner.

What was most encouraging was the fact that the improvements were so rapid.
43% said they became more aware of their pelvic floor immediately they began to use the PelvicToner. By 2 weeks the figure was 80%.

65% reported improvements in their sex life within 2 weeks, rising to 84% after 4 weeks.

The PelvicToner provides a simple way to exercise in the only way that will bring rapid improvements in muscle strength and sexual awareness - by helping you identify and isolate the correct muscle and then exercise effectively by squeezing against resistance. It’s just like going to the gym – where every exercise involves some sort of resistive force or weight.

The fantastic benefits that effective pelvic floor muscle exercises can bring can be achieved by using the PelvicToner pelvic floor exerciser for just 5 minutes a day.

A loss of vaginal muscle tone is very common amongst women who have experienced natural childbirth and the natural stretching of the birth canal; menopausal women whose falling oestrogen levels have led to a natural slackening of the pelvic floor muscles; and women who have not maintained a regular effective programme of pelvic floor exercises throughout their lives. Unfortunately the latter situation applies to the vast majority of women!

A loss of sexual contact is perhaps a minor disadvantage compared to the unwanted and embarrassing stress incontinence urine leaks that also occur when laughing, coughing, sneezing and exercising.

For the past 60 years many health practitioners, physiotherapists, midwives and childbirth counsellors have failed to heed the advice of Arnold Kegel that there should be a resistance to squeeze against and a positive feedback that the correct muscles were being engaged. The result is that stress incontinence is now a global problem affecting half of all women and thousands of couples put up with a lacklustre sex life.