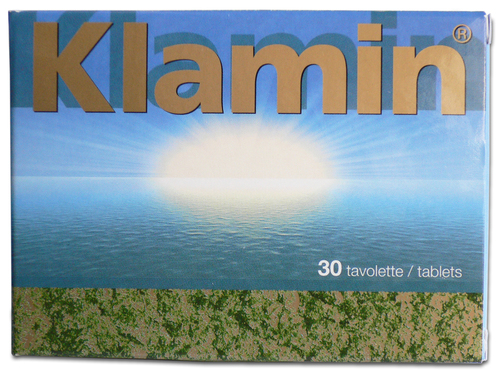 A new natural food supplement is launched this week that helps women to feel more vital as they pass through the ’change of life’. Klamin’s brain boosting qualities can help women sail through those tricky menopausal and post-menopausal years with a feeling of wellbeing more usually associated with youth.

Klamin contains specific extracts of organic Klamath blue green algae, which new, published research* has shown to significantly reduce the severity of both psychological and physical menopausal symptoms so that women feel more focused, less depressed and moody, with a reduction in symptoms such as hot flushes and night sweats too.

The researchers behind the study also say that indications point to a role in lowering the risk of heart disease, which increases post-menopause - and a welcome increase in libido.

Dr Stefano Scoglio, who led the research in association with the University of Modena - involving 21 menopausal women not treated with hormonal therapy - believes that Klamin could provide an effective natural alternative to HRT to control mood swings and enhance overall wellbeing.

Unlike alternatives which focus on influencing hormone levels, the algae extract concentrates selected molecules and nutrients which assist signalling processes in the nervous system, modulate brain function and influence temperature regulation in the body. It also reduces inflammation and oxidative stress by increasing levels of free-radical fighting antioxidants and improving the body’s anti-inflammatory defences. It protects lipids and impairs cell membrane damage, crucial to signalling molecules between cells.

AFA phycocyanins increase the free-radical fighting capabilities of the body and reduce psychological stress by protecting part of the brain directly involved in stress management.

PEA is a naturally occurring ‘feel good’ molecule which influences brain function but it becomes deficient during the menopause. It is linked to the production of dopamine and serotonin in the body, so that replenishing its levels positively controls mood and mental energy.

Dr Scoglio commented, “Our study shows promising benefits for women who are unwilling to have conventional hormonal therapy or prevented from having it because of side effects or contraindications, such as a family history of breast cancer.”

Klamin is now available, priced £19.95 for 30 tablets, from exclusive UK distributor The Really Healthy Company. The recommended dosage is one 600mg tablet taken twice daily on an empty stomach.

For further information on Klamin and Klamath blue green algae go to www.healthy.co.uk or call 020 8480 1000.

For a further detailed press release about the research including comments from Dr Scoglio, or for images, contact: Lindsay Stewart, Oakhurst PR, tel 01494 712171 or e-mail lindsay@oakhurstpr.com