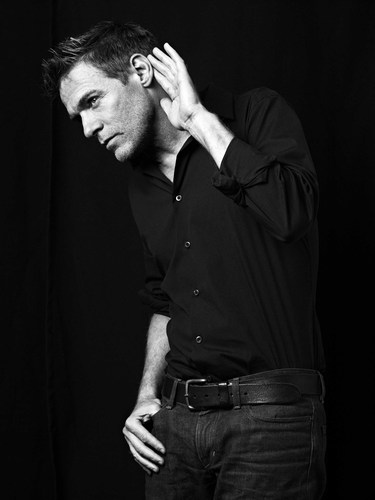 The exhibition will display a selection of exclusive photographs taken for the Hear the World initiative. Personalities photographed include Annie Lennox, Moby, Mick Jagger, Amy Winehouse and Plácido Domingo – among numerous other superstars.

Hear the World is a global initiative, by leading hearing system manufacturer Phonak, which raises awareness about the importance of healthy hearing and the impact of hearing loss. All of the supporters of the initiative have been photographed with a hand cupped behind their ear to convey conscious hearing.

The London exhibition will be open free to the public from 22nd to 26th July. Visitors will be able to screen their hearing at free testing stations located throughout the venue. The exhibition has previously visited New York, Berlin and Zurich. More information about the exhibition is available from www.hear-the-world.com/exhibition where all the photographs are available for purchase with the net proceeds going to the Hear the World Foundation.

“I’m excited to lend my support to such an important cause,” said Adams. “As a musician, I’m naturally sympathetic to an initiative dedicated to helping people appreciate and preserve an individual’s sense of sound. I hope this exhibit helps to remind people of the tremendous value of their hearing.”

Over 800 million people worldwide, more than 16 percent of the world’s population, have hearing loss and the number is expected to increase to 1.1 billion by 2015. In the UK the number of people with hearing loss is estimated at 8.5 million. Studies have shown that untreated hearing loss can have a significantly negative effect on a person’s social, emotional and physical wellbeing.

Robert Beiny from the Association of Independent Hearing Healthcare Professionals (AIHHP), official sponsor of the exhibition, said: “In the UK, people struggle with hearing loss for an average of 15 years before seeking advice, despite there being many solutions available that could make a significant difference to their lives. The Hear the World initiative is addressing this problem by providing support and raising awareness about hearing loss on a global scale.”