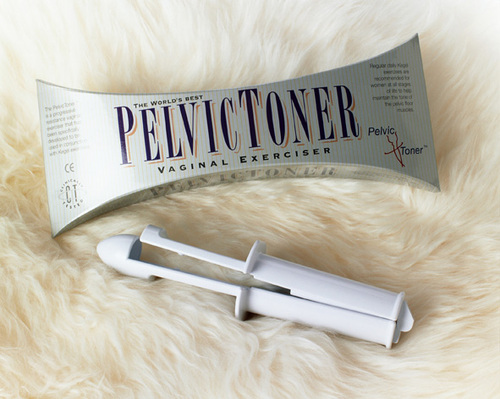 Where are all the courageous, campaigning journalists when women really need them?

Can you imagine men putting up with a scenario like this?

A dedicated clinician carries out trials with thousands of his patients and publishes a series of research papers demonstrating a simple cure that is effective in at least 80% of cases.

A multi-million dollar industry develops supplying the patients with absorbent pads to mop up the liquid and pretend that this is a normal event that you just have to put up with.

This is the reality

4 million women in the UK alone, including a third of all new young mums and half of all women over 50, suffer stress incontinence or Light Adult Incontinence which is characterised by uncontrolled urine leakage when sneezing, coughing, exercising or laughing.

Many women are aware of the need for pelvic floor exercises but few carry them out regularly and effectively.

Like any muscle, the pelvic floor becomes slack and ineffective without exercise. Childbirth, menopause and obesity just make matters worse. But there is overwhelming clinical evidence of the value of effective pelvic floor exercises. 8 out of 10 cases of stress incontinence can be cured simply with an exercise program.

The problem is that most women, and that includes many journalists, regard bodily fluids as a taboo and will not discuss the problem. As a result women suffer in silence. Most women will never discuss their problems with their partner, friends or doctor. In fact, a Gallup Poll showed that on average women will suffer for 4 years before seeking medical advice.

Medical intervention is only necessary in the vast minority of cases. What is needed is openness, honesty and education and forthright, courageous, campaigning journalists to get a very simple message across.

This is the solution

Arnold Kegel, the ‘founder’ of pelvic floor exercises, began publishing his research in 1948, and he made three very clear recommendations for his 'Kegel' exercise programme:

• pelvic floor exercises MUST involve squeezing against a resistance, and that resistance must be capable of being increased steadily as capability improves
• there MUST be a feedback mechanism that confirms that the correct muscles are being squeeezed
• there MUST be sufficient activity to ensure an effective exercise routine - Kegel recommended 300 squeezes a day

Unfortunately, Kegel's 1948 perineometer was just not practical for mass circulation and his ideals were soon bastardised in the absence of an effective exercise device that met his requirements. The result is that few women are taught these principles and even fewer practice them!

Physiotherapists teaching the NHS Gold Standard Pelvic Floor Muscle Training (PFMT) do not expect to see a significant improvement within three months. Few women are prepared to wait that long.

But many health practitioners are aware of the failings of the current PFMT method. Several papers by nurses and physiotherapists have identified that the traditional PFMT methods fail because:

Pelvic floor exercises are often poorly taught and ineffectively carried out, patients often fail to engage the correct muscles and fail to continue with the exercises as prescribed.

As any fitness instructor or personal trainer will tell you, any form of effective exercise always involves the 3 ‘R’s’:

The PelvicToner™ progressive resistance vaginal exerciser is a registered medical device that has been specifically designed to meet the exercise requirements noted by Kegel so that women can perform Kegel or pelvic floor muscle exercises simply, quickly and effectively.

An initial trial of the PelvicToner in the US measured the physical improvement in muscle strength when resting and 'clenching' the pelvic floor. 20 female patients with incontinence, bladder dysfunction and/or sexual dysfunction related to pelvic floor relaxation participated in a 16 week trial. The PelvicToner exercise program was taught and surveys were completed initially and at 8 weeks and study completion at 16 weeks. Pelvic tone pressure measurements at rest and during voluntary contraction effort were taken initially, and at 3, 8 and 16 weeks. 15 subjects completed the full course. Subjective improvement was noted by 73% of study subjects.

In the entire group overall mean resting pelvic muscle tone improved by 9.6%, while mean Kegel strength increased by 28%. In the 7 of 15 subjects with improved resting tone, the mean increase was 38%.

Thirteen of fifteen subjects (87%) had improved Kegel strength. Average pelvic tone measurements were increased at 3 weeks and continued to increase at 8 and 16 weeks. Subjective data collected by surveys revealed overall improvement in sexual satisfaction, bladder function and satisfaction with the program and use of the device. Thirteen (87%) of the participants indicated that they would continue the program and using the device on an ongoing basis.

A second study has been conducted at the UK's leading urodynamics research institute with the objective of directly comparing the PelvicToner with the current 'gold standard' ie pelvic floor muscle training (PFMT). At the commencement of the trial in 2008 Paul Abrams the Professor of Urology at BUI said:

"It is 60 years since Arnold Kegel proposed pelvic floor exercises as a treatment for stress incontinence but a simple, effective method of putting all his principles into practice has eluded us. The PelvicToner seems to meet all the requirements that Kegel envisaged - it is a simple, patient-friendly, progressive resistance exercise device and provides feedback to the patient that the correct muscles are being engaged.”

A clinical paper is being currently being prepared for peer review and publication but the findings of the trial are already being presented at national and international conferences.

The PelvicToner works on the basis of the key principles identified by Arnold Kegel, and helps the user identify and isolate the correct muscles and then exercise by squeezing against resistance. The user gets instant feedback to show you are squeezing correctly and, as the user improves, she can increase the resistance in stages to make the exercise more demanding. It's so simple to use and takes just five minutes a day.

The PelvicToner exercise regime, as recommended, is significantly more demanding and more effective than traditional PFMT which recommend just a daily total of 10 x fast pull-ups and 10x slow pull-ups. Users of the PelvicToner are recommended to start with three sets of ten repetitions at the lowest resistance building to three sets of 50 or more based on personal ambition and ability. Users start with the lowest level of resistance but can build through 5 progressive levels. Kegel viewed the use of a progressive resistance, increasing in line with ability, as fundamental. He also recommended a minimum of 300 squeezes per session. The current NHS teaching methods do Kegel a total disservice by associating his name with a totally watered-down version of his exercises!

In the BUI clinical trial the aim was to compare the two methods on a level playing field so the users of the PelvicToner were restricted to a daily total of 10 x fast pull-ups and 10x slow pull-ups at the lowest resistance. Even on this basis the research concluded

“the PelvicToner Device (PTD) is not inferior to standard treatment, is safe and well tolerated, and increases patient choice. The PTD helped to isolate and focus on contracting the correct muscles, motivating (patients) to continue exercising.”

In terms of medical terminology this is glowing praise indeed!

Over 50,000 women in the UK have purchased a PelvicToner
In the final analysis, there is no doubt that pelvic floor exercises cannot be practiced effectively in isolation and there is overwhelming evidence that women will benefit greatly from using a PelvicToner progressive resistance vaginal exerciser. In a user survey

In most cases, users of the PelvicToner exerciser report total relief from symptoms within just a few weeks.

Visit www.pelvictoner.co.uk or email press@spml.biz or call Barry Fowler on 0117 968 0171 for more information.

Stress incontinence is very common amongst women who have experienced natural childbirth and the natural stretching of the birth canal; menopausal women whose falling oestrogen levels have led to a natural slackening of the pelvic floor muscles; the obese; and women who have not maintained a regular effective programme of pelvic floor exercises throughout their lives. Unfortunately the latter situation applies to the vast majority of women!

For the past 60 years many health practitioners, physiotherapists, midwives and childbirth counsellors have failed to heed the advice of Arnold Kegel that there should be a resistance to squeeze against and a positive feedback that the correct muscles were being engaged. The result is that stress incontinence is now a global problem affecting half of all women.