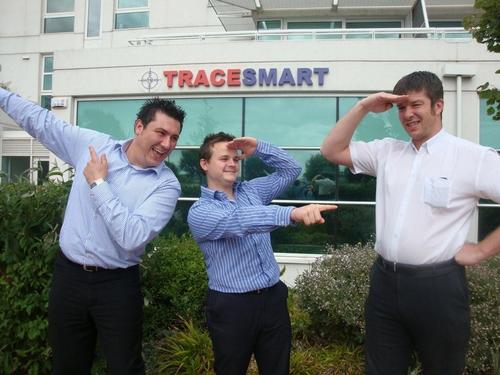 A team of employees from Tracesmart, the online people search providers, are preparing themselves for the forthcoming Welsh 3 Peaks challenge where they aim to climb three of the most challenging summits in Wales within a 24 hour period as part of a charity fund-raising campaign.

The Welsh 3 Peaks Challenge involves ascending to the summits of Snowdon, the highest point in England and Wales, the stunning Cadair Idris and the Brecon Beacons' notorious Pen-y-Fan. The challenge is undertaken by hundreds of walkers every year and most of those who participate raise thousands of pounds for charity. The trek itself will involve climbing 9,397 ft in approximately 10 hours, not including the journey time between regions. By the end of their impressive slog, the team hope to raise over £2,000 for their chosen charity.

The Tracesmart team's preferred charity is the 'Hospice of the Valleys' in South Wales, who provide valuable care for sick and terminally ill patients in their own homes. Matthew Hopkins, Tracesmart's Internet Marketing Executive/Affiliate Manager, is taking part in the challenge for personal reasons, "My mother is receiving treatment at the moment and finds the charity an amazing resource, she also received fantastic support from the hospice the first time she became ill in 2000."

The team has worked together in Tracesmart's Cardiff headquarters for almost 2 years, and is predominantly made up of IT staff members who help keep the vast Electoral Roll database and other countless programmes running smoothly. The IT department is the biggest team within Tracesmart, and has been instrumental in the improvements made to the company’s impressive range of services, which enable users to find relatives and conduct address search requests.

The only female and non-IT member of the group, Rhiannon Wilcox, has guided and driven the team over the past few months, ensuring they are physically prepared for the day of endurance. "Following months of training and lots of aches and pains, I think we are now ready to accomplish this challenge." Rhiannon also commented, "Unfortunately, at some stage in our lives, we are likely to know someone who will be affected from these life threatening illnesses. That’s why I’m appealing to everyone to support this worthwhile cause."

Those who wish to make a donation can do so by visiting the Just Giving Web Site and take advantage of the Gift Aid scheme from the government which will increase their fundraising even further.

This press release was distributed by ResponseSource Press Release Wire on behalf of Tracesmart Ltd in the following categories: Business & Finance, for more information visit https://pressreleasewire.responsesource.com/about.