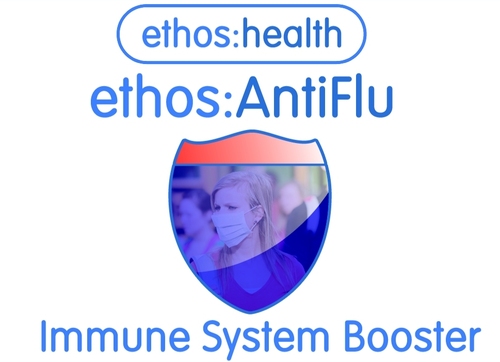 The Ethos World Health Authority (EWHA) is a new initiative set up by The Ethos Group and is headed by Professor Steven Charles Gallant. He works closely with a number of other eminent health professionals, whose laser-like focus is on health and wellness, as opposed to most main stream health professionals who have been conditioned to focus on suppressing dis-ease with drugs, which, nine times out of ten lead to other health issues; unwanted side effects and more dis-ease within the body.

This revolutionary new approach to health and wellbeing lead to the discovery in Europe of "L-Carnosine" - a little known dipeptide of two amino acids that is naturally occurring in all mammals, but whose presence in the body starts to decline rapidly with age which was originally discovered in Russia in 1900.

L-Carnosine is endogenous to the human body and one of its many and very powerful health benefits is that it greatly enhances and boosts the body's own immune system - which is the body's natural defence system to protect it against pathogens and viruses.

Ethos Anti-Flu is the brand name of the very purest form of L-Carnosine available anywhere on the planet and the one which has the most powerful immune boosting properties known to man.

Ethos Anti-Flu is not a drug, vaccine or antibiotic - it is classified as a 'natural food supplement' which greatly boosts and enhances the body's own defence mechanisms.

Here are some little known, and very alarming, facts about vaccinations and the dangers associated with vaccines.

There is no known scientific research or evidence that shows the efficacy of ANY vaccine. There are NO double blind studies or trials. The flu vaccine is made from chicken embryos, formaldehyde, mercury, detergent, and alcohol. If you are unfamiliar with formaldehyde it is the substance that they used to use to embalm dead bodies and is definitely very bad for those who are still alive - exactly the same goes for mercury too which is another deadly poison to our bodies.

The flu is the body in preservation mode - increasing body temperature to activate the lymphatic system to remove excess dietary and/or metabolic acids in the tissues via respiration, perspiration, defecation and urination. The key to reversing the symptoms of the flu is hydration with alkaline fluids and sweating with infrared sauna and/or exercise. Or, better still, taking precautionary steps to protect the body from flu in the first place.

Flu is not the biggest danger - it's the vaccine!

The swine flu virus is man-made and was created in a laboratory.

This 'natural' swine flu virus, among the other things already listed, contains genes from humans, birds and pigs.

The Austrian journalist, Jane Bürgermeister, has filed criminal charges with the FBI against the World Health Organisation (WHO) and The United Nations over this plot she uncovered and is now exposing.

But why? Who would benefit for such a dastardly plot as this? Simply ask the major vaccine producing companies such as Baxter A.G. based in Austria and its parent company, Baxter International in Deerfield, Illinois and Novartis International AG, based in Basel, Switzerland.

FACT: The first know case of swine flu was reported in April 2009.

So, let's examine these two facts a little more closely - The patent was published on the 5th March 2009 (http://www.theoneclickgroup.co.uk/documents/vaccines/Baxter%...), a month before the virus was released in Mexico in April, but it was originally first filed SEVEN MONTHS before this 'new strain' was 'officially' even known about.

How can this be possible? How can a vaccine be developed, and a patent applied for, SEVEN MONTHS before the disease was even discovered?

You don't need a degree in biochemistry or forensics to see that things just don't add up! It is the most obvious and blatant set-up that you could ever see. If you question what we state here, we strongly recommend and encourage that you carry out your own due diligence and research these facts for yourself, as everything stated here is clearly recorded in the public records, as always, hidden in plain view, for all who are not pre-programmed and blinkered from the truth to see with their very own eyes.

The patent includes the following ingredients and toxicity warning:

'Suitable adjuvants can be selected from mineral gels, aluminium hydroxide, surface active substances, lysolecithin, pluronic polyols, polyanions or oil emulsions such as water in oil or oil in water, or a combination thereof. Of course, the selection of the adjuvant depends on the intended use. E.g. toxicity may depend on the destined subject organism and can vary from no toxicity to high toxicity.'

Has the vaccine been properly tested?

They state that there is no need for 'trials' at all, except for public consumption! They already know exactly what is in it and its effect. The drug companies have even been given immunity from prosecution from death or injury from the vaccine in a document signed by Obama's Secretary of Health and Human Services, Kathleen Sebelius. Baxter International, one of the main vaccine manufacturers sited above, stated recently that it will be shipping swine flu vaccine worldwide by the end of July and the potential profits are fantastic.

The British and American governments have already ordered enough swine flu vaccine for the entire population and other countries are following suit. It is more than clear that they intend to make vaccination compulsory and threaten parents with losing their children if they refuse to succumb to their madness. Compulsory vaccination is not part of any political party’s policy and it has never been debated in Parliament, yet the Joint Committee on Vaccination and Immunisation (JCVI), who are by law now, a law unto themselves, are flexing their new found muscles, despite a history of disregard for safety issues over the past 20 years, to make these vaccinations compulsory.

So what's the solution?

Take Ethos Anti-Flu regularly every day and boost your body's own natural defenses by up to ten times or more.

Ethos Anti-Flu is naturally occurring in all of our bodies, so it is already known to the body and the body already knows how to best utilise its unique properties to its greatest advantages.

1. Vaccination with an unknown and potentially lethal vaccine of a cocktail containing mercury and formaldehyde with absolutely NO scientific evidence or backing as to it's benefits or efficacy, if any.

2. Daily supplementation with a naturally occurring immune system booster backed by over 1,000 peer-reviewed medical papers, from leading scientists the world over, as to its enormous health benefits.

For maximum protection we recommend the following daily intake according to personal body weight:

The best and most effective way to take Ethos Anti-Flu is to dissolve the recommended daily intake, as stated above, in a litre bottle of mineral water or fresh natural fruit juice and then drink from the bottle, regularly throughout the day, so that the final drop is drunk prior to sleeping. This effectively drip-feeds it to the body so that it can then use it to its maximum benefits and advantage.