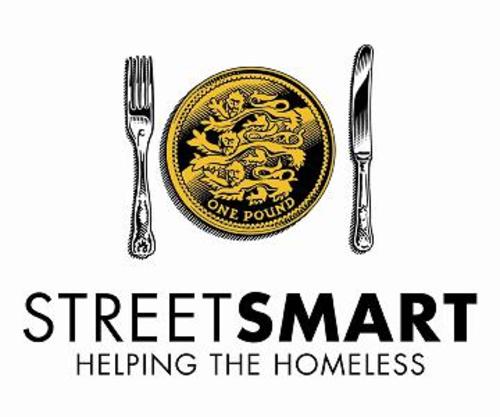 StreetSmart, which asks diners in the nation’s top restaurants to give an extra £1 on top of their bill during the festive period, is the first UK Charity to have its website fully hosted and managed on iomart Hosting’s cloud platform.

Phil Worms, marketing director of iomart Hosting, said:” We’re very proud to be associated with StreetSmart and are pleased to be able to offer both our technical expertise and our cloud platform to this very worthwhile cause.”

“There’s been a lot of confusion and media hype over the benefits of cloud computing in the recent past, but the hosting of StreetSmart’s web platform clearly demonstrates its true potential. Our CloudXtra service is perfect for organisations that require additional computing power to handle short term increases in demand such as StreetSmart’s Christmas campaign.”

StreetSmart raised an impressive £435,000 last year when around 600 restaurants UK-wide took part in it unique fundraising initiative. Every single penny of the money raised in the 18 cities taking part goes directly to their local homelessness charities.

StreetSmart is supported by a number of high profile personalities and leading restaurateurs.

Chef Gordon Ramsay, whose London restaurants will once again be supporting the campaign this year, said:” StreetSmart has become part of Christmas for us. It’s everyone’s chance to do the right thing at the right time with only the gentlest nudge.”

Rosie Boycott, the journalist who was appointed London ‘food champion’ by Mayor Boris Johnson, said:” Having spent six long days and nights on the streets of London for the BBC programme Famous, Rich and Homeless, I have no hesitation in supporting StreetSmart. The charity is low in bureaucracy and high on delivering where help is needed.”

Tim Page, director of UK homeless charity Emmaus which has been a recipient of StreetSmart donations, said: StreetSmart provides a real alternative to offering 'handouts'. It grants these most marginalised members of society the gift of a real opportunity to regain control of their lives.”

As well as getting help from iomart Hosting with its website, StreetSmart’s administration costs are covered by sponsor Deutsche Bank.

Glenn Pougnet, Director of StreetSmart, said: “We’re delighted that iomart Hosting have joined us as the charity’s technology partner as their involvement removes the worry for us of having to manage our website and ensure that it’s always available to potential donors and restaurant patrons. We are left free to concentrate on running the campaign and raising vital funds to give homeless people hope and a new start in life.”

iomart Hosting’s parent company, the iomart Group plc, currently works with several charitable organisations. Its Easyspace brand recently launched a 'Domain Names for a Domain’ campaign to raise money from its sale of domain names for elephant family, the charity that is trying to save the Asian elephant.

iomart Hosting is one of the UK’s leading providers of hosting services. From a single server through to private cloud networks, iomart specialises in the delivery and management of mission-critical hosting services, enabling customers to reduce the costs, complexity and risks associated with maintaining their own web and online applications.

By physically owning and managing its own network infrastructure, including five state-of-the-art data centres in the UK, it offers world-beating levels of service to its customers.
For more information visit www.iomarthosting.com

StreetSmart was set up in 1998 by two ethically-minded London business people, William Sieghart, Chairman of StreetSmart, Founder of Forward Publishing and Mary-Lou Sturridge, Former Director of The Groucho Club, Hotelier.

StreetSmart is a fundraising charity that raises money and then distributes it directly to the charities, hostels and projects that have the experience and facilities to help adults and children who are living on the streets, are homeless, and want to get back on their feet. The money, raised via participating restaurants, goes to charities providing for both basic needs and for supplying the skills and resources to help longer-term.