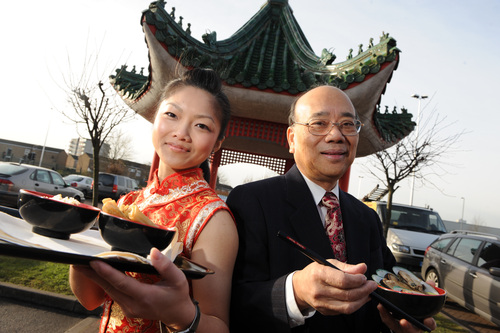 14th February is traditionally a day spent with a loved one, but as Chinese New Year falls on Valentine’s Day this year, the UK’s leading Oriental food retailer is recommending we extend the invitation to family and friends and celebrate the day with a sumptuous Chinese banquet.

Wing Yip has some great recipe ideas and tips for hosting an Oriental banquet to welcome Chinese New Year of the Tiger, as well as further information on Chinese signs of the zodiac, Chinese New Year traditions and product trends for both the foodservice and consumer markets during this important event.

• Eighteen months later Wing and a business partner opened their first Chinese restaurant in Clacton-on-Sea. Due to its success, this was quickly followed by the opening of three other restaurants and two takeaways in East Anglia

• In 1968 Wing’s brother arrived in the UK. In 1970 Wing Yip and his brother Sammy opened the UK’s first specialist Chinese grocer in the heartland of Birmingham to supply Chinese products to local Chinese families, restaurants and takeaways

• Now, Wing Yip has four superstores in Birmingham, Manchester, Cricklewood (London) and Croydon which are landmarks in their local communities. Further stores are planned for Nottingham and Cardiff

• Wing Yip imports directly from the Far East, with each store stocking more than 2,500 authentic Chinese foods and products

• In the 2010 New Years Honours List, Mr Wing Yip received an OBE for services to the Oriental food industry.

This press release was distributed by ResponseSource Press Release Wire on behalf of Morris & Company in the following categories: Food & Drink, for more information visit https://pressreleasewire.responsesource.com/about.