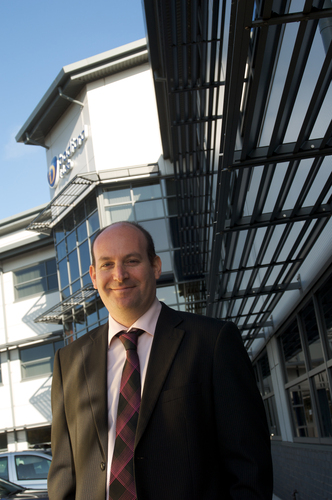 The ‘Accredibase Report’ by Eyal Ben Cohen and Rachel Winch of Verifile Limited, one of the leading background screening firms in the United Kingdom, is the result of an 18-month research project supported by the East of England Development Agency and Cambridge University into what the authors call degree and accreditation mills – fake Universities and Colleges which con students out of their money and supply fake degrees that deceive employers into offering jobs, sometimes with alarming or fatal consequences.

Report co-author Eyal Ben Cohen says: “We have so far identified 1,762 fake institutions, and we are still investigating a further 1,545 currently filed as ‘suspicious’ before publishing them on the online ‘Accredibase’ database.“

Alarmingly, the UK was found to be Europe’s bogus college capital. The Report reveals that 60% of Europe’s bogus universities and colleges claim to operate from the United Kingdom, exposing at least 271 bogus institutions. This makes the UK second only to the United States as home to the world’s fake universities.

Devious fake university owners are clever at disguising themselves, the Report explains. Many establishments such as Blackpool University, for example, use an Ascension Island web domain ‘.ac’ – and this is commonly adopted to cause confusion with the regulated ‘.ac.uk’ domain.

The driving force behind many of the UK ‘visa factories’ exposed and shut down last year continues to live on. For example, Manchester College of Professional Studies, exposed by the Press as responsible for issuing more than 600 bogus qualifications and closed after a Home Office investigation, was affiliated with Blackpool University. Blackpool University, which claims to be located in Dublin, is neither recognised as an Irish institution of higher education nor as a body with the power to award its own UK degrees. On its web site, Blackpool University now claims to be affiliated with at least 10 other UK colleges.

A spokesperson at the Department of Business Innovation and Skills commented: "Tackling the serious issue of bogus degrees at its source remains a challenge. The Department welcomes any innovative approach that further helps to disrupt the activities of bogus education providers, whilst safeguarding legitimate education and the public."

Multiple ‘fake university businesses’ are often run from one address – The ‘St. Regis University’ network ran as many as 121 phony institutions all from a single office in Spokane, Washington. This allows the scammers to easily shut down one business if the authorities become suspicious, while suffering minimal disruption to the fraud - or to the huge profits being generated. Official estimates that the fraud is earning those involved more than £60m million every year are supported by the revelation that one degree mill alone (known variously as Kennedy-Western University and Warren National University) was revealed to have banked approximately £16m in only one year of operation.
Report co-author Eyal Ben Cohen adds: “The problem of unaccredited institutions and bogus colleges is evidently a large and very real one facing employers, universities and government agencies around the world.”

Fake degrees are much more of a problem than people simply buying them to impress their friends, family or boss or trying to earn more money. The harsh reality is that some fake qualifications can be highly dangerous and have already resulted in tragic consequences.

Fake degrees can make it easier for terrorists to infiltrate facilities by securing them jobs on the inside. The sale of Doctorates can also result in deaths. The BBC exposed one purchaser in the UK who works as a clinical director in a hospital. There could be many more. In 2007 a teenage cancer patient’s death was hastened by the treatment given by a ‘Doctor’ practicing naturopathic medicine. In October of last year, eminent British forensic psychologist, Gene Morrison, was convicted of raping three children. Morrison had earlier received £250,000 for his ‘expert’ services before he was exposed as possessing a fake degree purchased for £130.

The ‘con’ becomes more sophisticated with fake universities setting up fake accreditation bodies in an attempt to make their qualifications look genuine. These accreditation ‘mills’ may hide their location to make it more difficult to establish their legitimacy. Emphasizing the magnitude of the problem, Eyal Ben Cohen says: “We have so far discovered 134 unrecognised accreditation bodies, and we are still investigating a further 81.

“For prospective employers”, advises Eyal Ben Cohen, “asking to see original certificates will not tell whether an institution is genuine since these institutions not only provide their ‘student’ with official-looking certificates but also provide verification services where employers and background screening companies can call to ‘verify’ if the student has the degree they claim! What is required is an accreditation check to see if the institution itself is genuine before even considering the validity of the certificate.”

The Report lists a number of key ‘warning signs’ to look for in any suspected educational institution:
 It does not have authority to operate or grant degrees from the education authorities where it claims to be based.
 You can get a degree in a very short space of time – sometimes just a few days.
 You can get a degree based entirely on your work or life experience.
 Contact details are limited to an email address and the institution is vague about its location.
 It will let you choose your own course title and specify the graduation year you want to appear on your certificate.
 Sample certificates, transcripts or verification letters are available to view on the website.
 It makes over-complicated or misleading claims about accreditation or recognition.
 Its name is similar to that of a recognised and respected education institution.
 It uses a misleading internet domain – such as ‘.ac’ instead of the regulated ‘.ac.uk’ used by higher education institutions in the United Kingdom.
 The website is poorly designed, has poor spelling and grammar or it plagiarises copy from other institutions.

Alan Contreras of Oregon’s Office of Degree Authorization, one of the international leaders aggressively challenging fake universities, calls the Accredibase Report: “…an excellent job assembling facts about the degree mill problem in the world today. In the murky world of bogus credentials and dubious evaluators, The Accredibase Report provides an example of how research in this field ought to be done.” (ends)

Notes for Editors:
Accredibase has set up a global database of unaccredited institutions and unrecognised accrediting bodies that brings together information from government education departments and law enforcing agencies worldwide.

To download a copy of the Report please go to www.accredibase.com