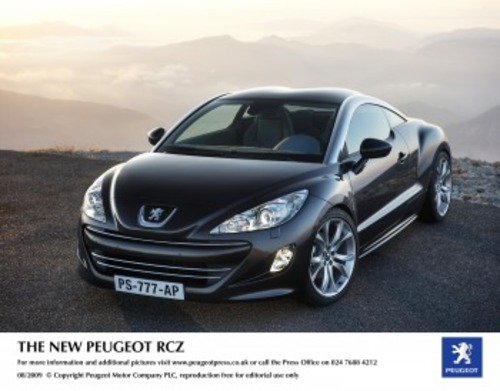 The MPH show in November will be the stage for the UK premiere of Peugeot’s exciting new RCZ Coupé.

Visitors to this year’s MPH The Prestige & Performance Motor Show will be among the first people in the UK to get access to Peugeot’s stunning RCZ Coupé. Recently launched at the Frankfurt Motor show in September, the car has not been seen before in the UK.

The white Peugeot RCZ Coupé will be one of the star attractions of the show and is the first of the next generation of Peugeot cars, the car to be seen in 2010. Available with a 200 bhp turbo charged petrol engine, it will do 0 to 62 mph in 7.6 seconds and 50 to 75 mph in fifth gear in 6.5 seconds. It will clearly become the affordable “supercar” for the UK when it is launched in April 2010. The car on show will be equipped with stunning black 19” alloy wheels, carbon fibre roof, full leather interior and will be priced at £22,200 when it goes on sale in the UK.

For further information on city cars and new cars such as the RCZ please contact: