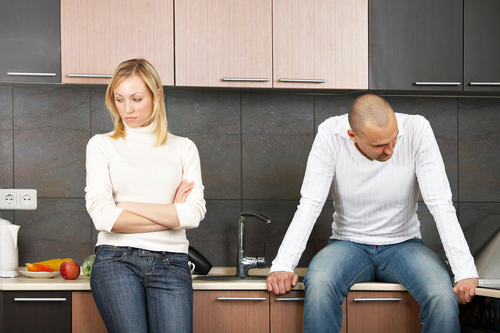 It takes 17 months and 26 days to get over a divorce, a new study revealed yesterday (Weds).

Researchers have discovered that the average divorcee feels ready to move on almost a year-and-a-half after final divorce papers have been issued.

Those polled said it took this long to resolve contentious issues such as child custody, property problems and money worries.

But 60 per cent of those polled said the worst thing to come to terms with was the sense of failure after a divorce.

And 20 per cent said the initial feeling of loss was the harder to deal with than the practical implications of divorce.

But for some, 17 months is wishful thinking as a whopping 20 per cent don't reckon they will ever truly get over it, while five per cent say it has been years and they are still trying to come to terms with it.

More than half (55 per cent) even said their divorce was the worst thing they had ever gone though.

A spokesman for dating site www.fifties.com, which carried out the poll, said: ''Divorce is tough for everyone involved and it does take a considerable amount of time before you feel ready to move on.

''The research carried out says it takes 17 months to get over divorce once it's finalised, but it's important to remember that people are often separated for a long time before this, so it could feasibly take years for the dust to settle after a split.

The study of 4,000 divorcees also found that while 43 per cent felt relieved when their Decree Nisi came through, 31 per cent were sad that it was over.

Another 16 per cent even said they felt distraught.

But that feeling doesn't last forever as the study revealed that divorcees start to feel happy with their life again 16 months and 11 days after the divorce.

And this could be down to meeting someone new as the average Brits starts dating again after 15 months and 26 days.

Almost two thirds have even embarked on a serious relationship since their divorce.

And three quarters have been out on dates with other singletons.

Researchers found that meeting people through friends is the most popular way of finding a date (58 per cent), followed by online dating sites (28 per cent).

More than one in five have also attended a single's night in the hope of meeting someone new.

But 36 per cent think the fact they are divorced ends up putting people off.

And 49 per cent would rather meet someone who has been through the same things as they so they understand what it feels like.

A spokesman for www.fifties.com added: ''Obviously everyone is different and it will take some longer than others to get over the heartbreak of a split. It's also going to greatly depend on which party wanted the divorce in the first place.

''Initially it seems like you will never move on and seeing other people is the last thing on your mind, but slowly you realise there is life after divorce and it's perfectly feasibly to be happy again.

''Many people reach a certain age where they don't necessarily want to go out on the town to meet people or don't mix in circles where there is opportunity to start dating.

''Our site is purely aimed at the over fifties, therefore the majority of our members are divorced.

''We have a fantastic success rate and many of our users have met people on our fifties site and ignited both friendship and relationships.''